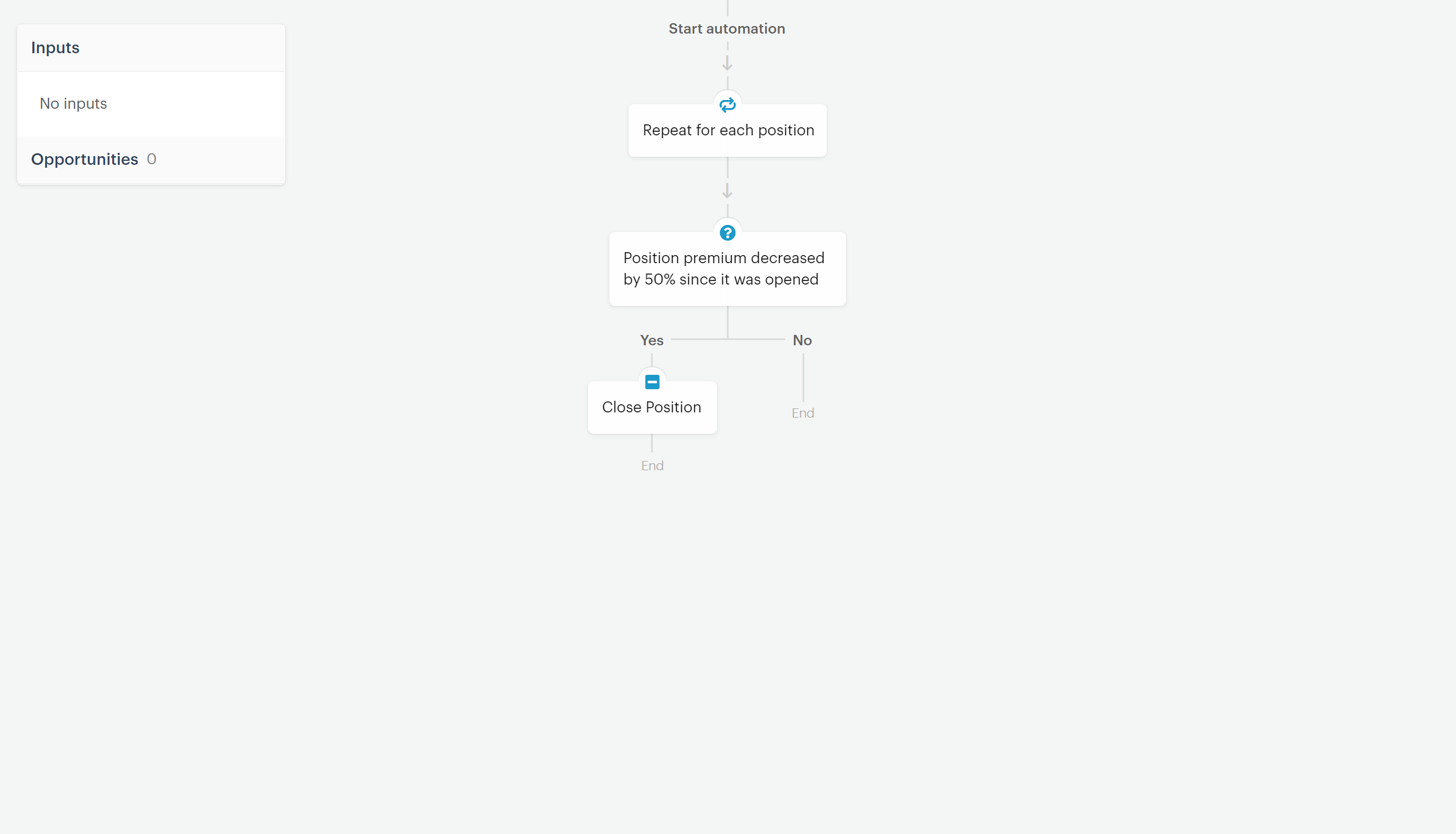 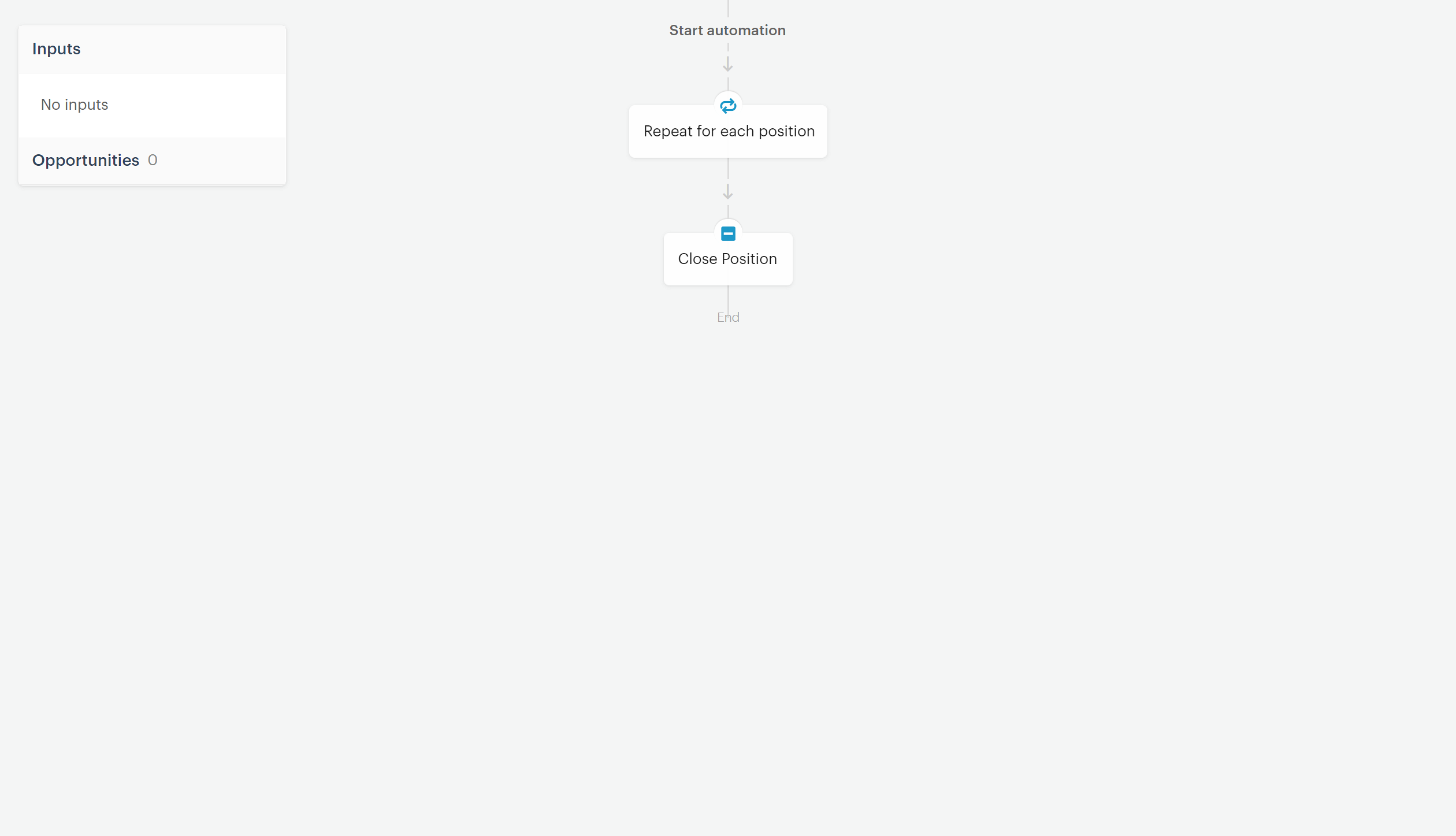 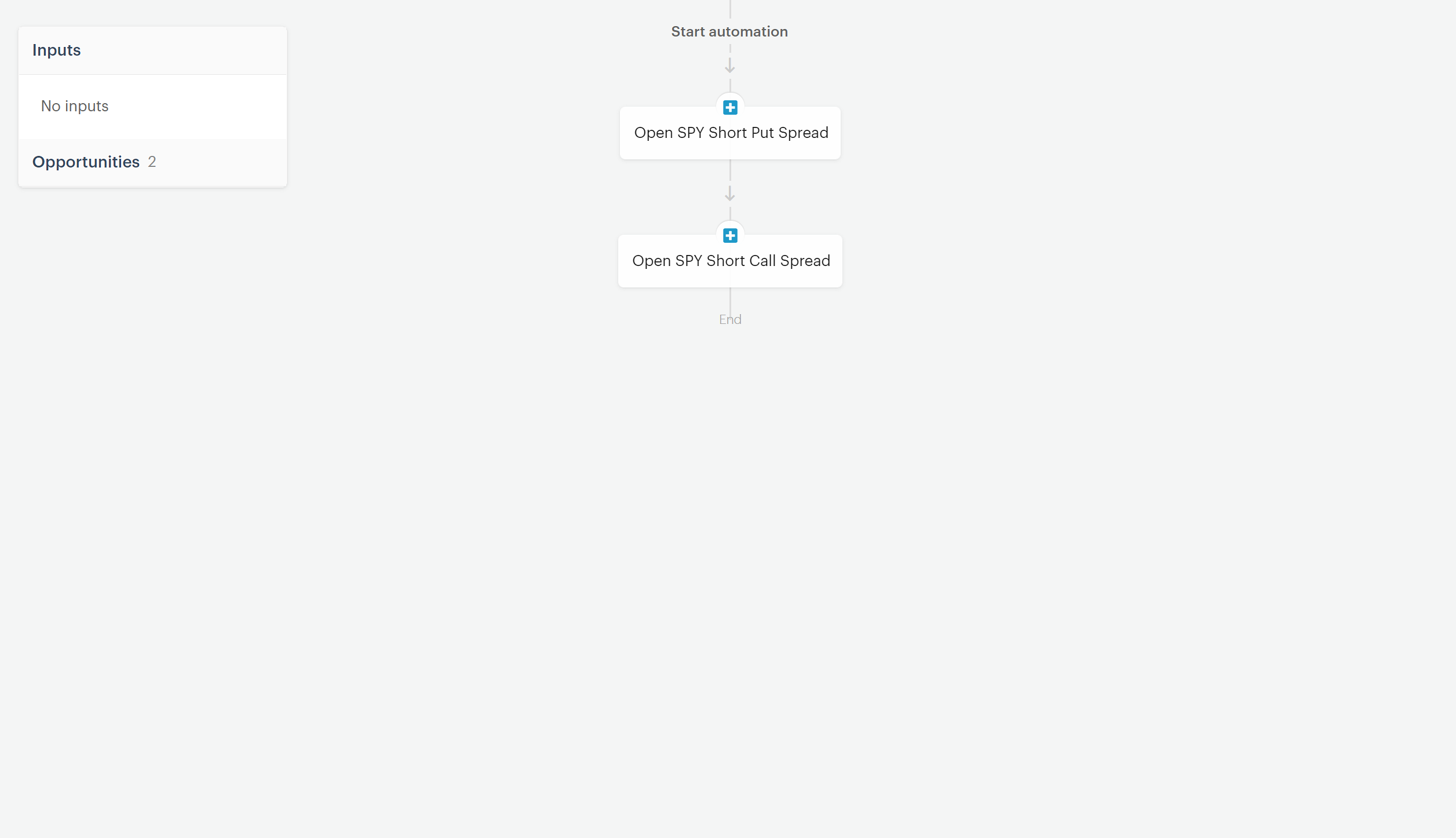 Can we capture some profit on SPY movement when Federal Reserve reports come out? That's the goal. The Fed has a news conference scheduled for interest rate decisions each month and the market often swings back and forth on the news, and can even reverse direction several times in the hours afterward.

This bot opens put and call credit spreads with ATM short strikes using an event at 2:15pm before the 2:30pm announcement. Long strikes are at the 10 delta. At least 2 DTE is used which should select Friday's expiration.

A monitor will close either of the spreads at 50% profit. Any spreads still open are closed with an event at 3:45pm. This bot's scheduled date and time are only valid for the day of the announcement. They will need to be updated for future Fed news days.

The FOMC calendar has the expected schedule for Open Market Committee meetings. The market-moving announcements usually are released on the second day of the meetings at 2:00 Eastern Time. This bot uses a one-shot event to open positions right at the expected announcement time. Since the single event is scheduled for a specific date and time it gets removed from the bot after it runs. It will not be there if you look at the bot's automations after the scheduled time!

To use the bot for another expected FOMC announcement simply create another event for the expected date and time to run the "open Fed spread" automation.

by
@matt
Bot sells ATM put spreads M/W/F morning when in an uptrend and will also sell call spreads to hedge.


by
@larry_rupp
This bot opens put and call credit spreads using an event automation at 2:15 before Fed announcements.


by
@kirk
The bot looks to purchase long stock in an uptrend and then sells a synthetic covered call.


by
@matt
Automated trading BOT template that opens an Iron Condor in SPY twice a week with an 80% chance of profit.


by
@matt
Dollar-cost average into your favorite stock on recurring basis with overbought alerts.


by
@aubrey
This bot is designed to trade range bound stocks and ETF's with user defined Tickers and Ranges.


by
@alwarsamy84082
Opens either a long put or a long call based on AMZN price movement leading up to the close.


by
@mgalal
Adaptation of the Macro Trend Bot that trades Credit Spreads instead of Stock.
