OK here is my newest bot as some of you have seen me hinting at.

It is still in extended testing, but early results show some promise. This bot takes the original ideas of Sell the Vol and Sell the Vol SuperBot and stretches it out over a longer timeframe. I've only been running this one for about a month or so, but it was able to survive the massive drop from SPY 424 down to 398 and has now recovered it all.

Here's what it does:

2. There are 10 profit target tiers, as positions are added up to the max possible of 10, positions will decay and profit will be measured on an overall Open P/L basis.

5. If Max loss (default -$300) is breached at any point, the bot will close the oldest positions down and leave the 4 newest positions open.

The idea is to constantly be rolling into new positions and cutting the old ones with the most decay. One bad position will not destroy the bot as the P/L is measured as a whole.

Minimum Allocation Size for full book of positions should be around $10-20,000. Still determining final Profit Target levels. $100 increments from $100-$1000 seems the most stable. These levels may need to be adjusted lower in lower IV markets. 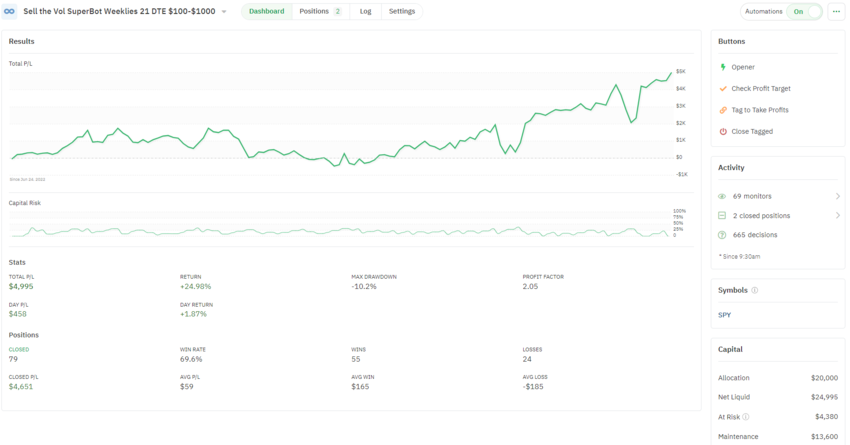