FWIW, I think this process of letting a strategy run for a while in paper trading and watching and reviewing the positions, then adjusting and modifying templates and bots is a process we should all go through. I expect this won’t be the first or last time I make changes to a bot template but my goal is make meaningful changes and updates when appropriate.

So here’s what I learned and what I changed in this template:

I started using our new SmartStops feature as soon as it was released and it’s worked incredibly well for this bot. However, it gave me insight into one area which I adjust I had not thought about originally…

I learned that these short-term put spreads often ended up reaching around a 90% profit rather quickly if the market was behaving correctly. Then for the last 3-4 days of the expiration cycle, the position would just sit at a 90% profit until expiration. This really is risk I don’t want to take and so I added a decision to check for a specific absolute profit target in addition to the SmartStop being used. I set mine right now to 90%. So, if the position has reached a 90% profit then take it.

Next, I learned that in addition to having the major trend indicator which was used in the first version, I wanted to include a way to hedge the position if it turned around quickly. So, I added a different monitor automation that specifically is used for hedging. You “could” use this inside one monitor automation all together but I decided to split this up so you all could remove the hedge or keep it in there if you wanted. This meant I had to also increase the position limit to 2 positions AND I had to add another decision inside the scanner to prevent the bot from entering 2 positions of the same type. Notice inside the main scanner automation there’s a decision now for “Bot has exactly 0 positions with Short put spread type” which would prevent the bot from doubling up on short put spreads and leave room to add the hedge if necessary.

On the hedge, since these are very short duration trades I’m going to hedge the position by selling the opposing call spread to my short put spread.

What’s super cool is we can match up the expiration of the existing position and reference other legs of the put spread. Take a look inside the automations here and you can see how I’m creating the call spread as the same $10 wide spread keying off the existing put spread.

Finally, because we now have a call spread that could potentially be added, I’ve added a simple call spread monitor automation to manage that side as we near expiration. I imagine that if I needed to hedge I’d want to keep the hedge on until close to expiration so I do some simple checks nearing expiration for closing the position or letting it expire.

As always, please modify and edit to fit your own personal trading style and risk tolerance. Enjoy!

Follow along as we build the Trendy Short Put Spread bot

This podcast explores a backtest that led to creating a popular and successful bot template.
Listen now

This is when you should trade credit spreads vs. debit spreads if you're bullish

This lesson explains the pros and cons of call spreads and put spreads.
Watch video 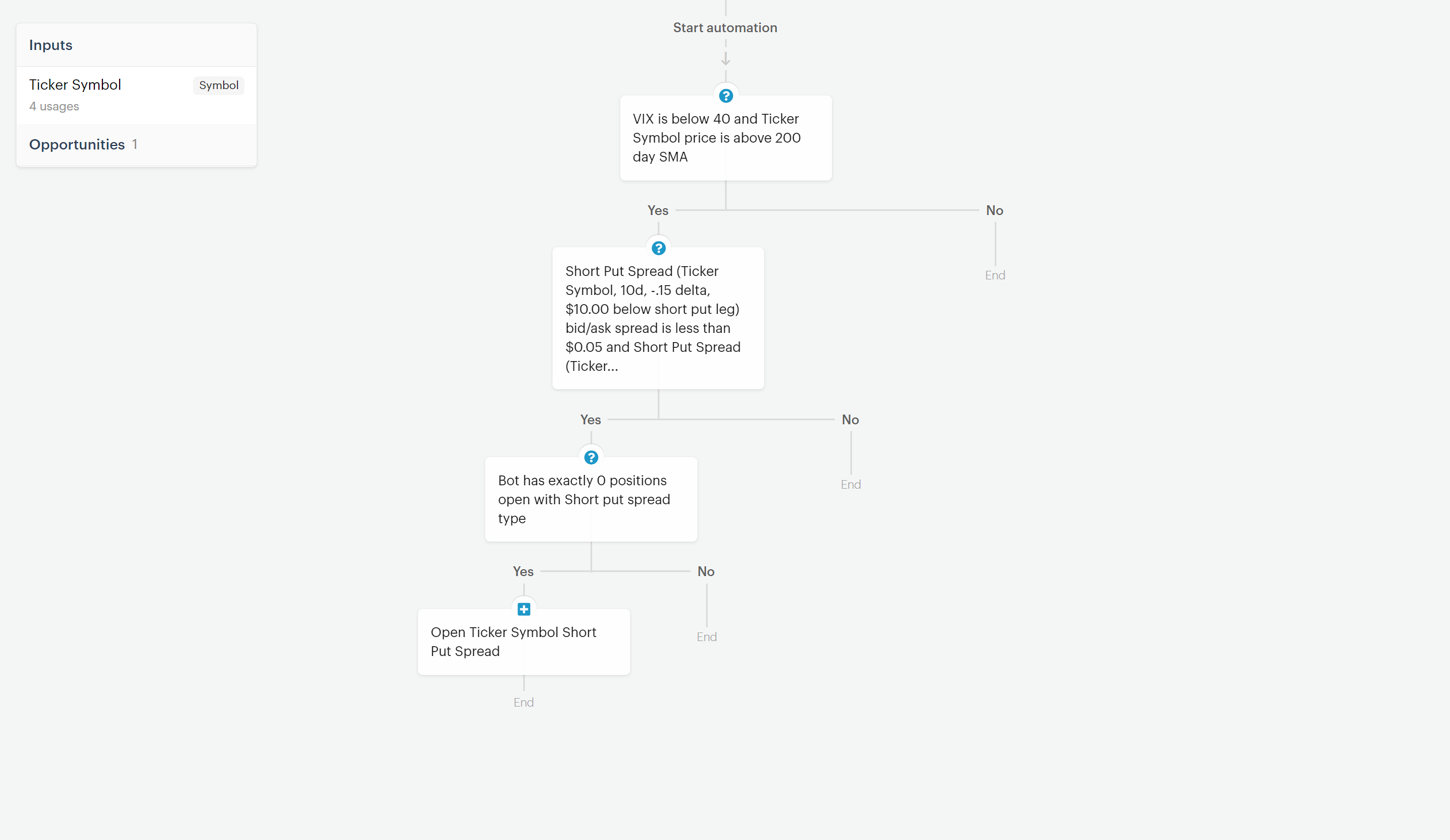 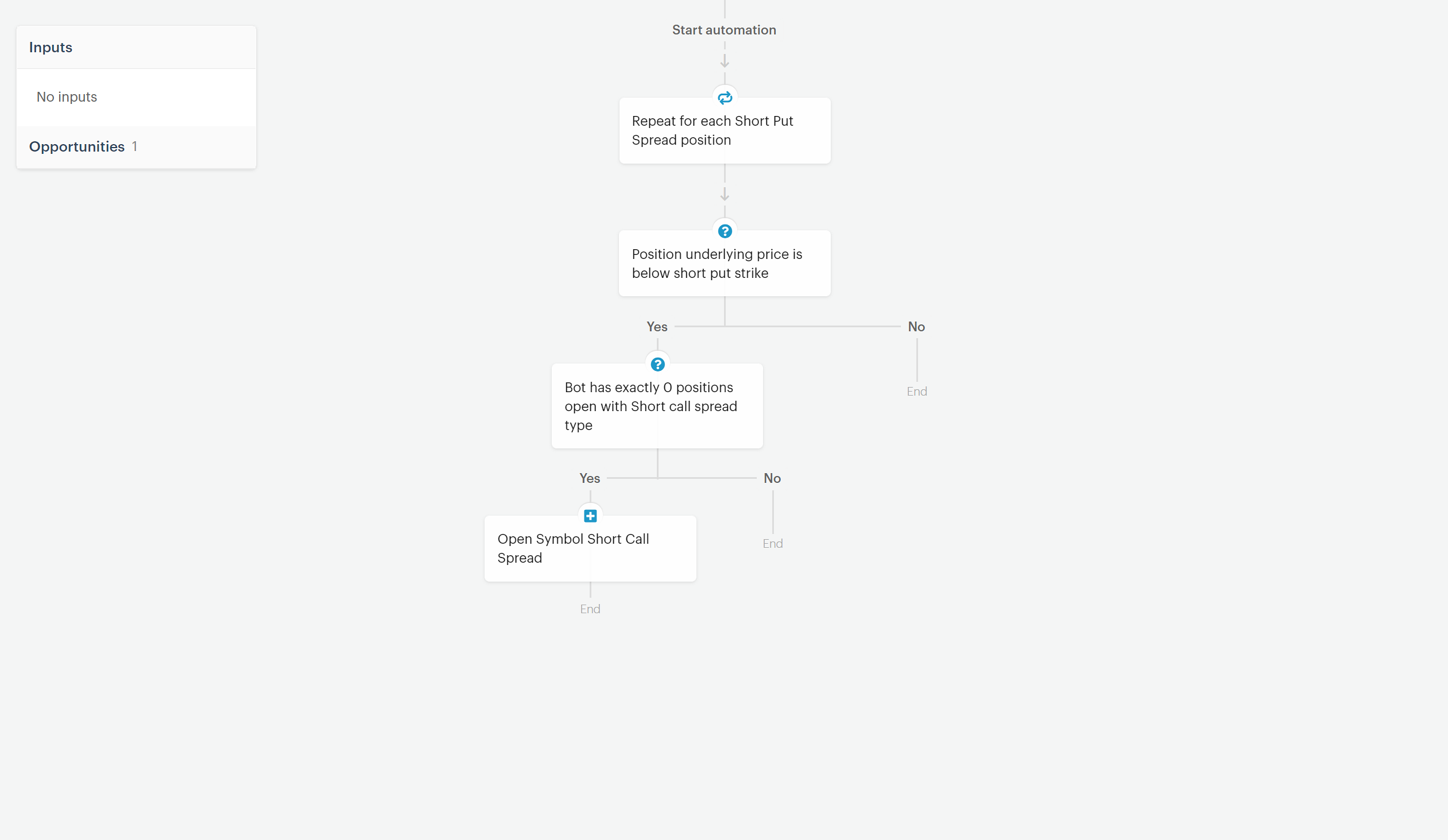 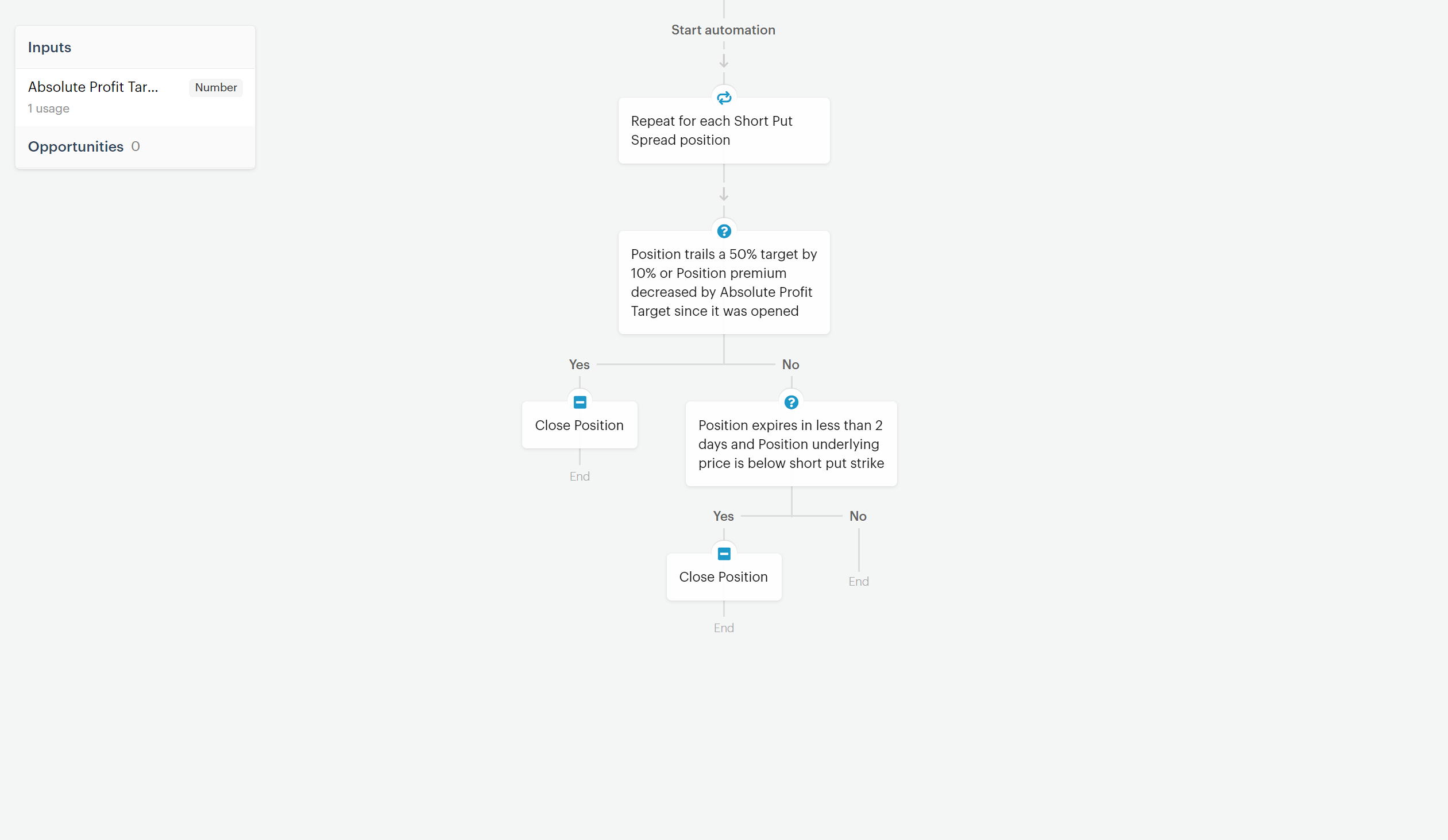 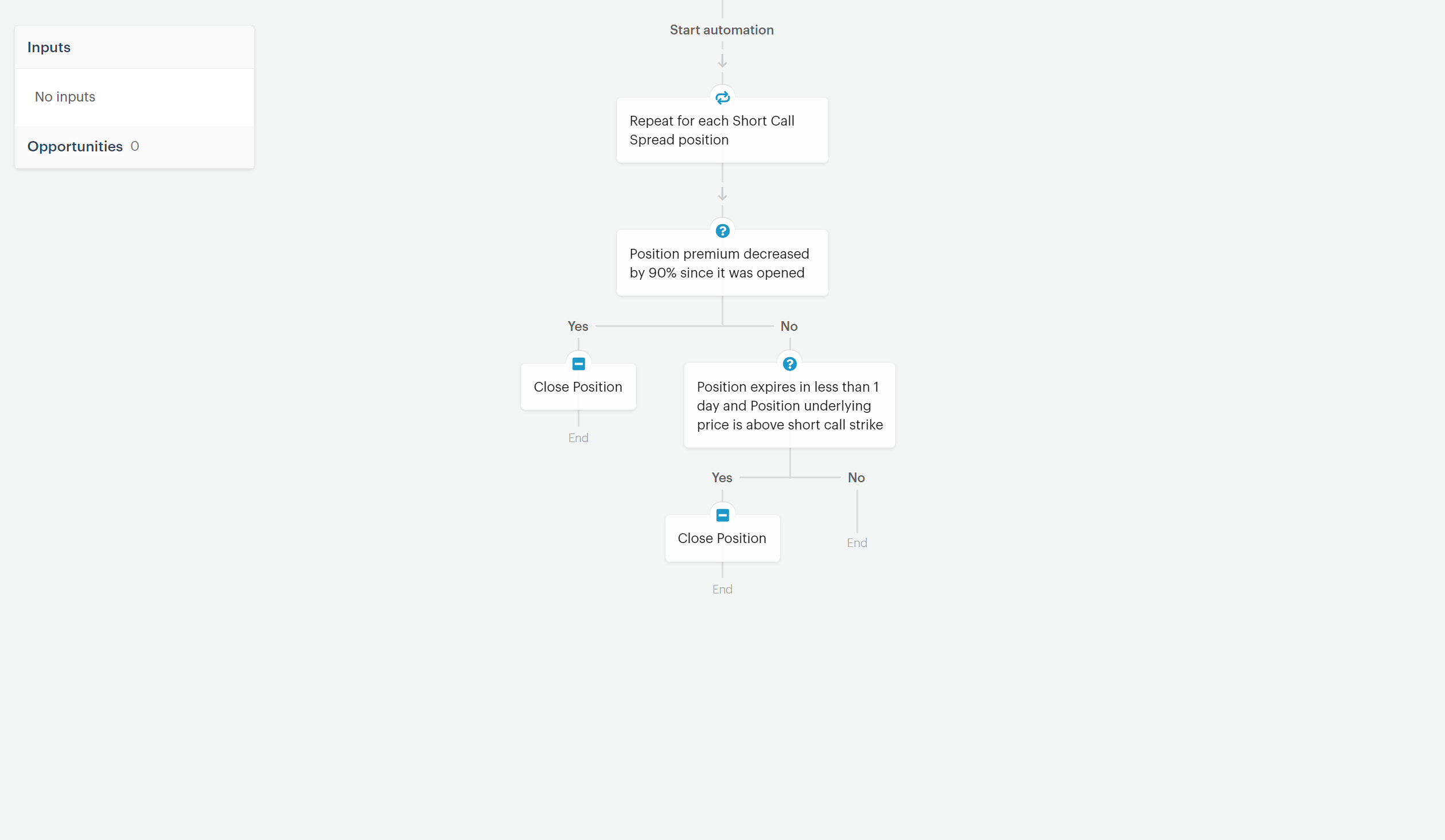 by
@optionalpha
A classic bot strategy that scans for high IVR in a basket of tickers and sells wide iron condors.

1,591
clones

by
@kirk
The Honey Badger scans technical indicators like CCI and RSI and enters a certain position type based on those levels.

1,494
clones