This sample bot template introduces one potential framework to use for trading high Implied Volatility Rank (IVR) setups with iron condors. The bot focuses on scanning for high IVR above a minimum threshold to enter a wide, neutral iron condor position. Plus, we've used custom inputs to help control and customize the bot's actions as well as a clever little "Switch" to allow the bot to make major decisions about how it can manage open positions.

The template only requires one scanner automation. This scanner quickly loops through your tickers and does a quick couple of checks to make sure that you don't have any existing positions in that symbol that are iron condors and that the bot has the ability to open a new position.

Next, the scanner evaluates the IVR level for each symbol in your list and if there's a potential trading opportunity it then checks the bot's available capital and the bid/ask spread of the upcoming position before sending the order to your broker. If there is not currently high IVR and/or a liquidity opportunity to enter, then the scanner simply ends and rechecks again at the next interval.

Note: We've also used Position Tags to tag opened positions as 'high ivr iron condor' which might help you organize your positions if you're trading iron condors across other bots. With tags you can sort and filter positions by tag so you can see which positions were entered under what conditions.

With this one monitor automation, we're first checking for the iron condor position to reach our profit target. If we hit our profit target then we'll allow the bot to send a closing order to our broker.

Next, we encounter a "Switch" for allowing the bot to exit an iron condor IF either short strike is challenged by the underlying symbol. What's so cool about using switches is that you can choose to turn ON or OFF entire management sections within an automation. So if you leave the switch OFF the bot won't exit if challenged.

Note: Again we used Position tags inside our monitor automation to tag closed positions based on the conditions in which they were closed so you can see how/why the bot closed the position later on when reviewing your trades.

These sample templates are just a starting point for bot building. Post your own modified/edited version(s) of this bot template in the Community to help crowdsource new ideas for your fellow traders!

This podcast explains how we created a bot template that is perfect for traders with portfolios around $3,000.
Listen now

Watch us build an RSI bot

Your complete guide to options pricing

Everything you need to understand the factors that impact an option's value.
Read here 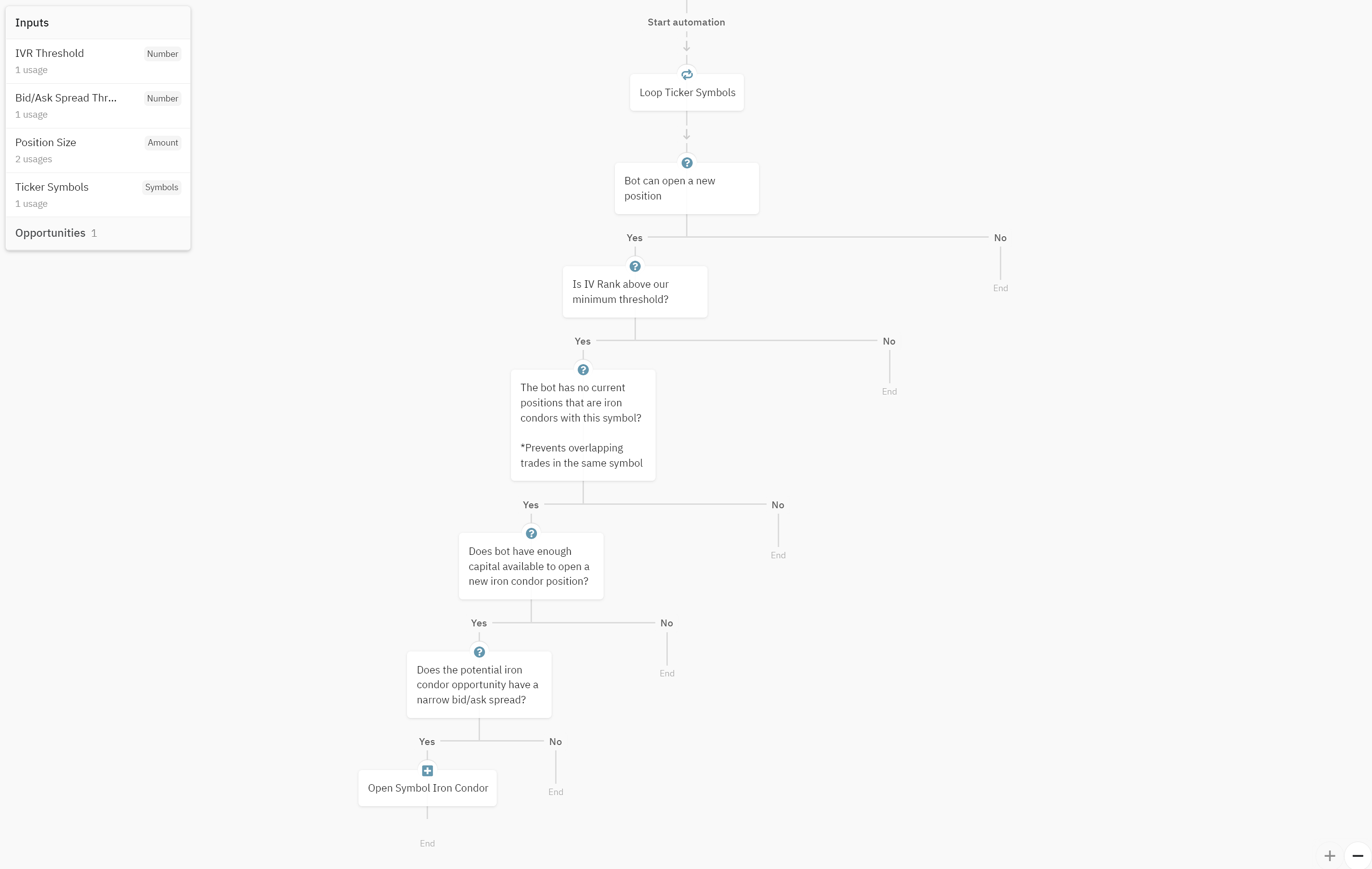 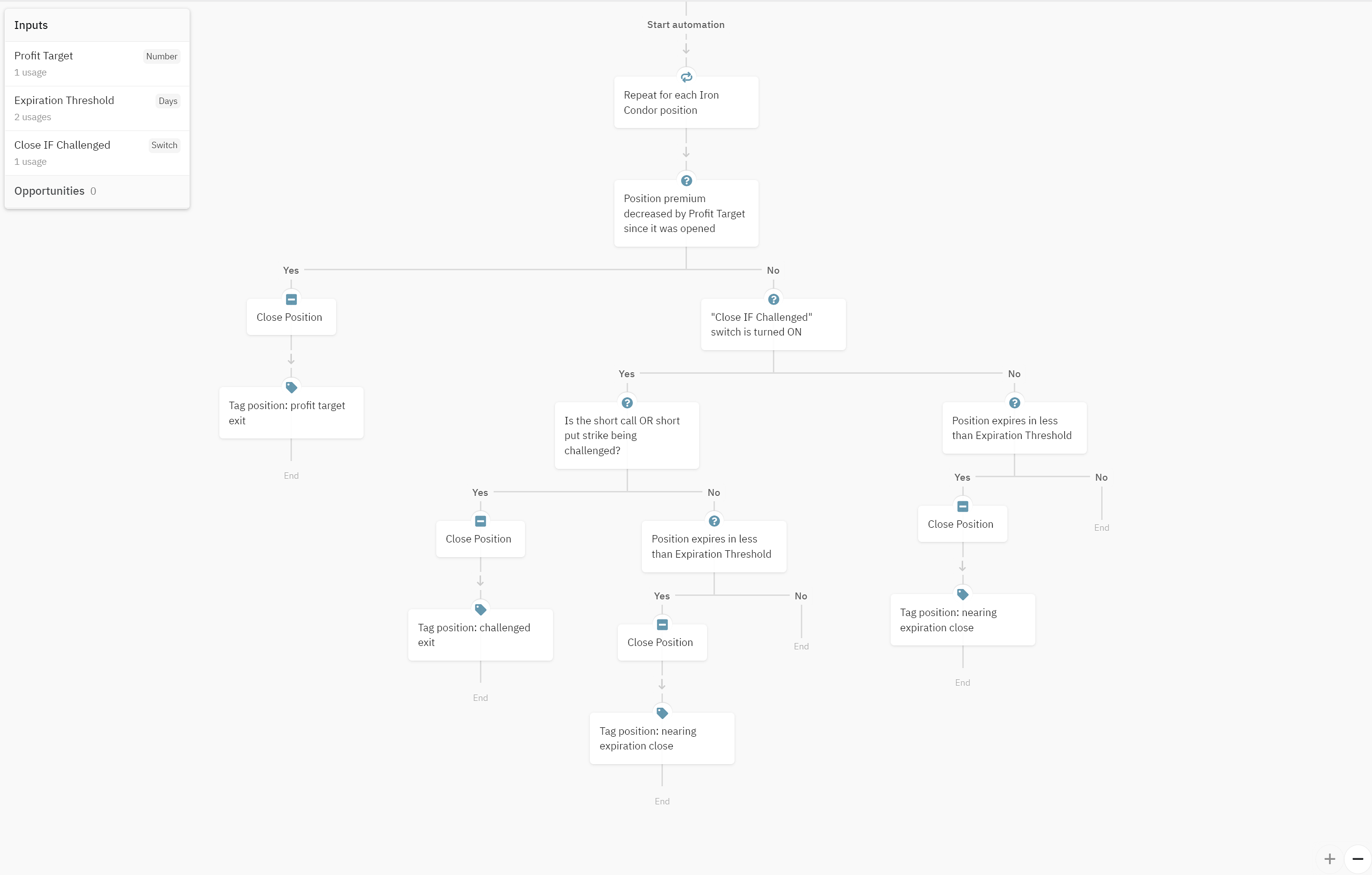 by
@kirk
The Honey Badger scans technical indicators like CCI and RSI and enters a certain position type based on those levels.

1,578
clones