First things first: I created this bot to trade TLT, which I believe to have entered a secular bear market. It is based on an earlier iteration of a bot by Oliver Acevedo. You can use it to trade other tickers - hence the variable ticker Symbol and the earnings check in the bot - however, this is how I am using it.

I do not suggest using the bot with multiple tickers at his point as it will throw off some automation decisions. If and when we can check P/L in a bot by ticker this could be possible.

The bot sells Weekly Call spreads at the Deltas of your choosing for up to 20% off the Bot’s allocation. The defaults are .30 Short Delta and 0.05 Long Delta. The opening automation basically tries to sell a credit spread every day as long as certain conditions are met: there is a simple, quick EMA check for trend and then the bot checks for number of open SCS and if the Bot P/L is positive. If it’s not, or if the max number of SPS has been reached (5), the bot will do nothing. I have not added other indicator checks, as I'm not sure how effective they would be with TLT. If any of you has a solid indicator for TLT - that is also avail in OA - pls share.

A hedge is built into the monitor that opens a SPS to create an Iron Butterfly when the underlying crosses the Short Call leg. The hedge cuts losses in case of a sudden move to upside. Ideally the market stays bellow the Short Call leg and the hedge does not get triggered.

Minimum allocation for this bot with ticker TLT is 4K, other tickers may require a higher or lower allocation.

Bot is designed to NOT trade when VIX > 30. You can adjust this to your liking, of course. The Half Day button is hopefully self-explanatory. There is also a button "Allow New Positions". When switched off that button turns off the SCS Opener while leaving the Monitor automation running.

I am looking forward to your comments and ideas on how this bot can be optimized and improved. If there are seasoned TLT and SCS spreads traders out there, I’d love to hear your thoughts. 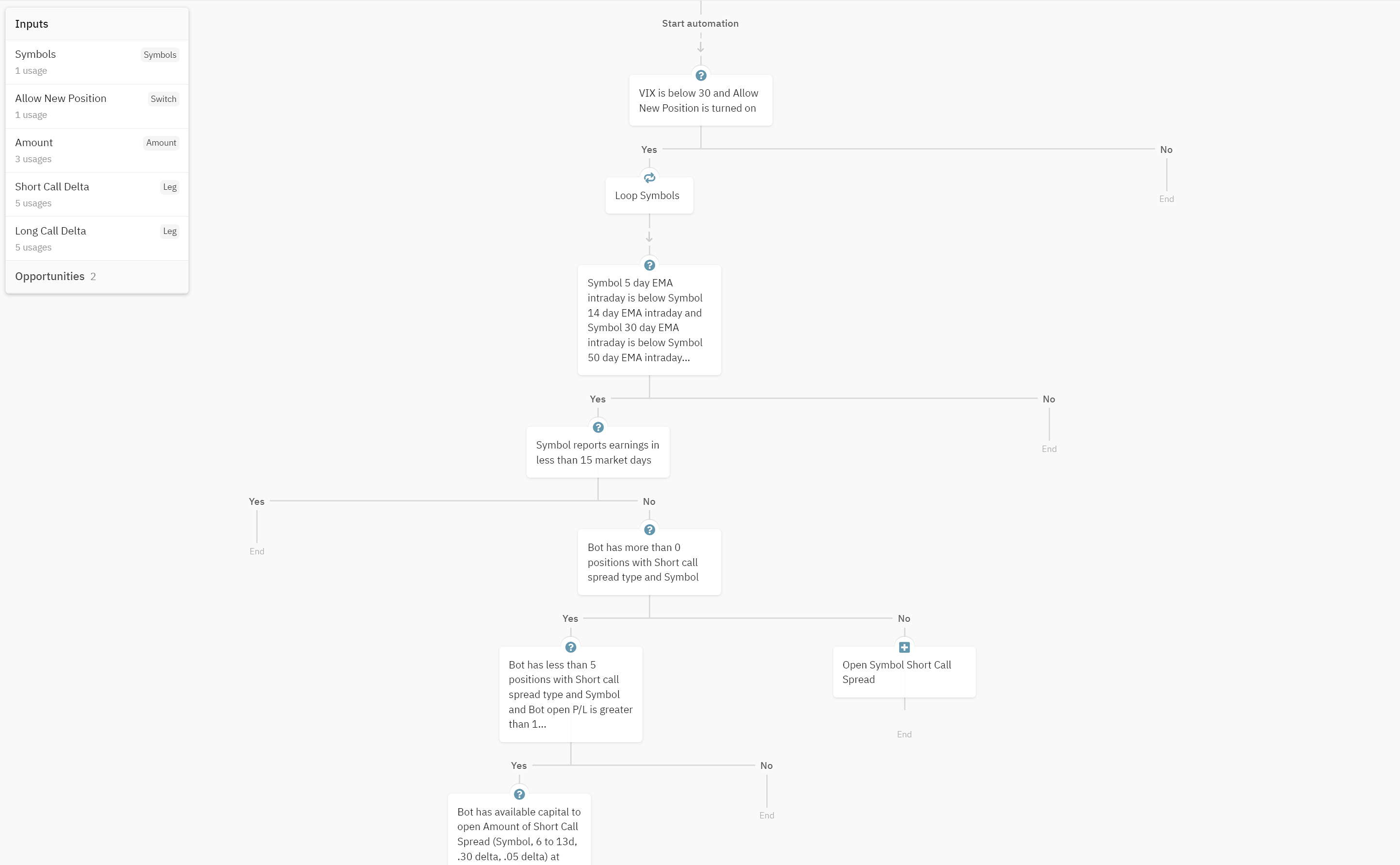 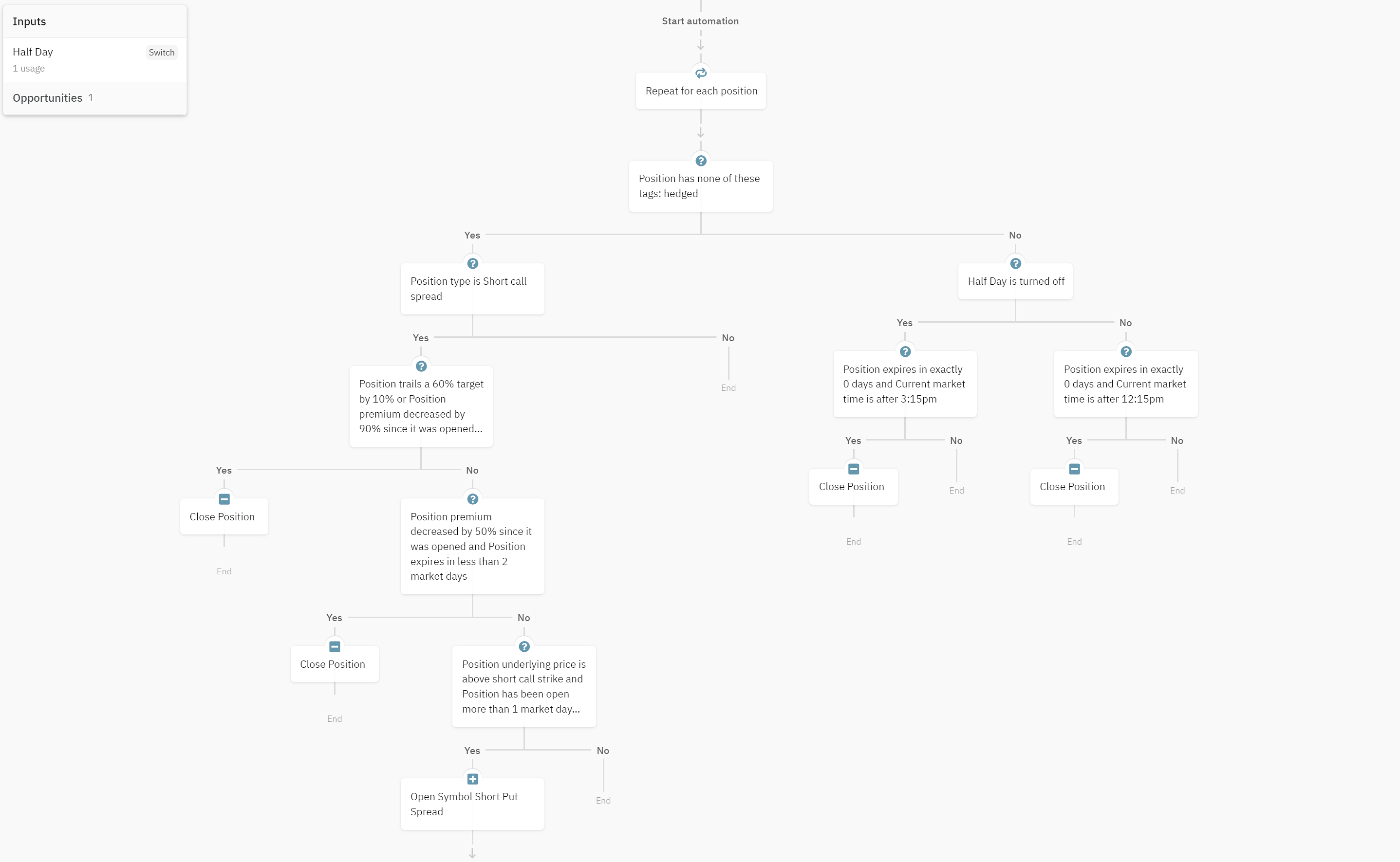 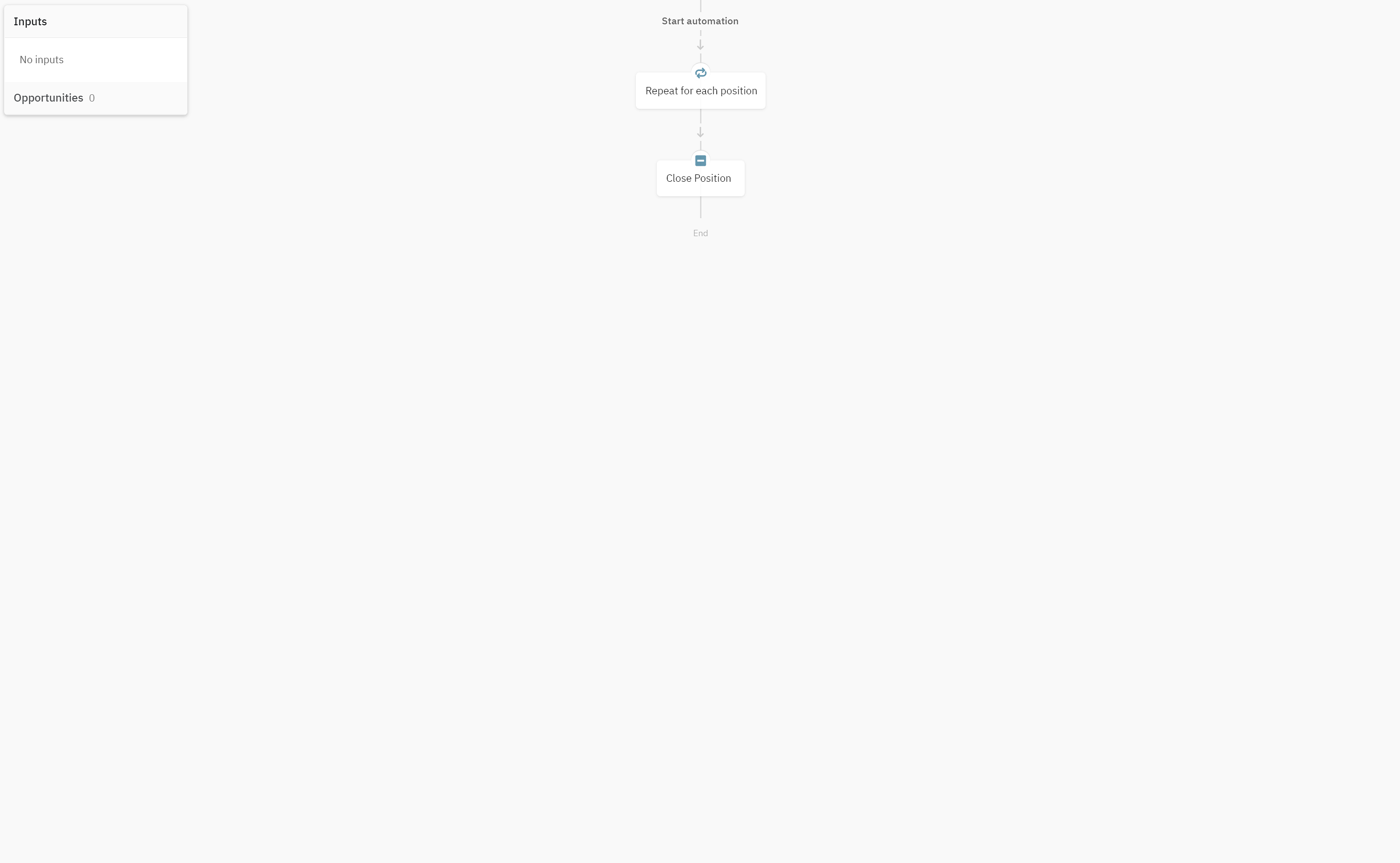