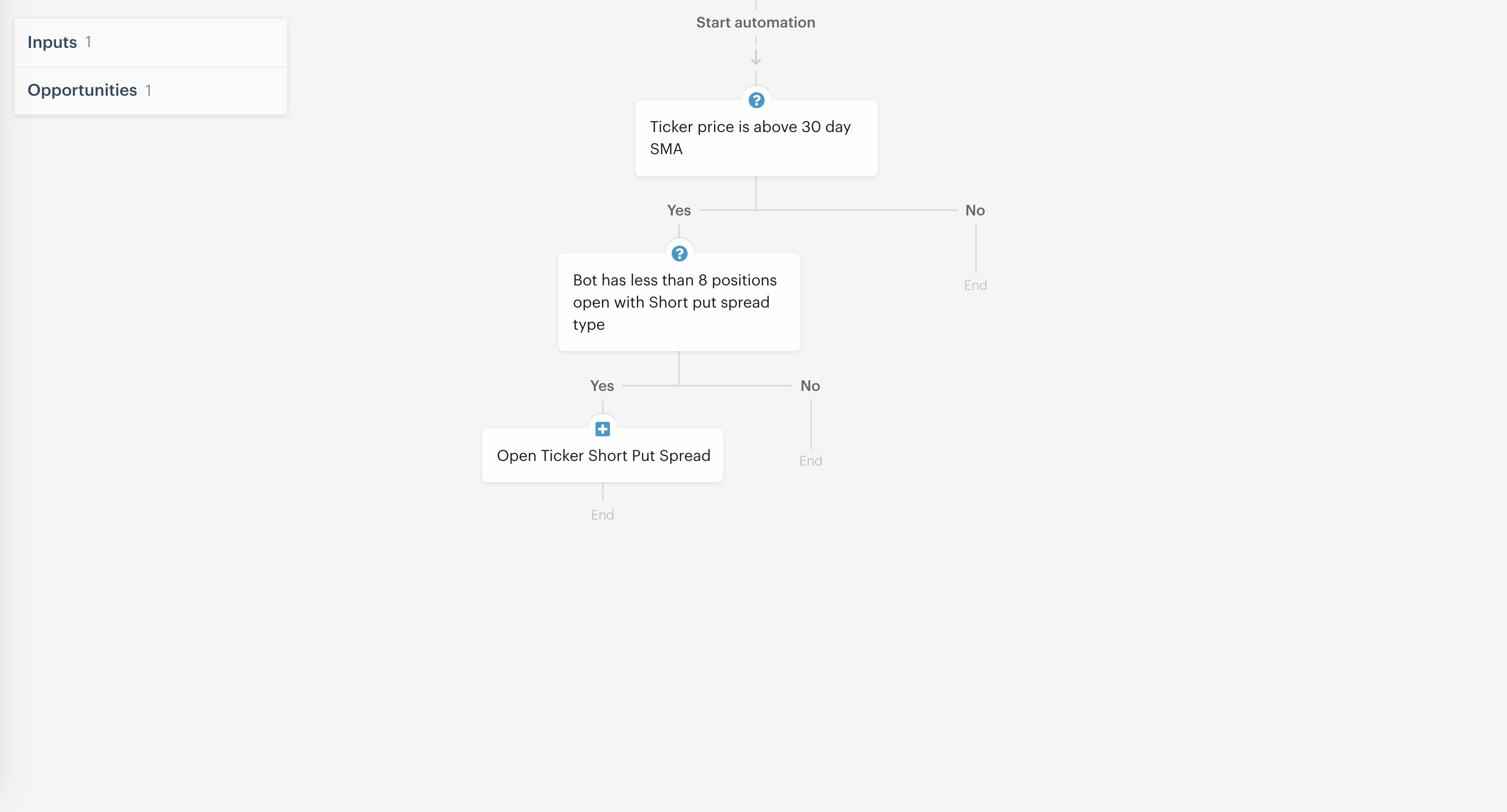 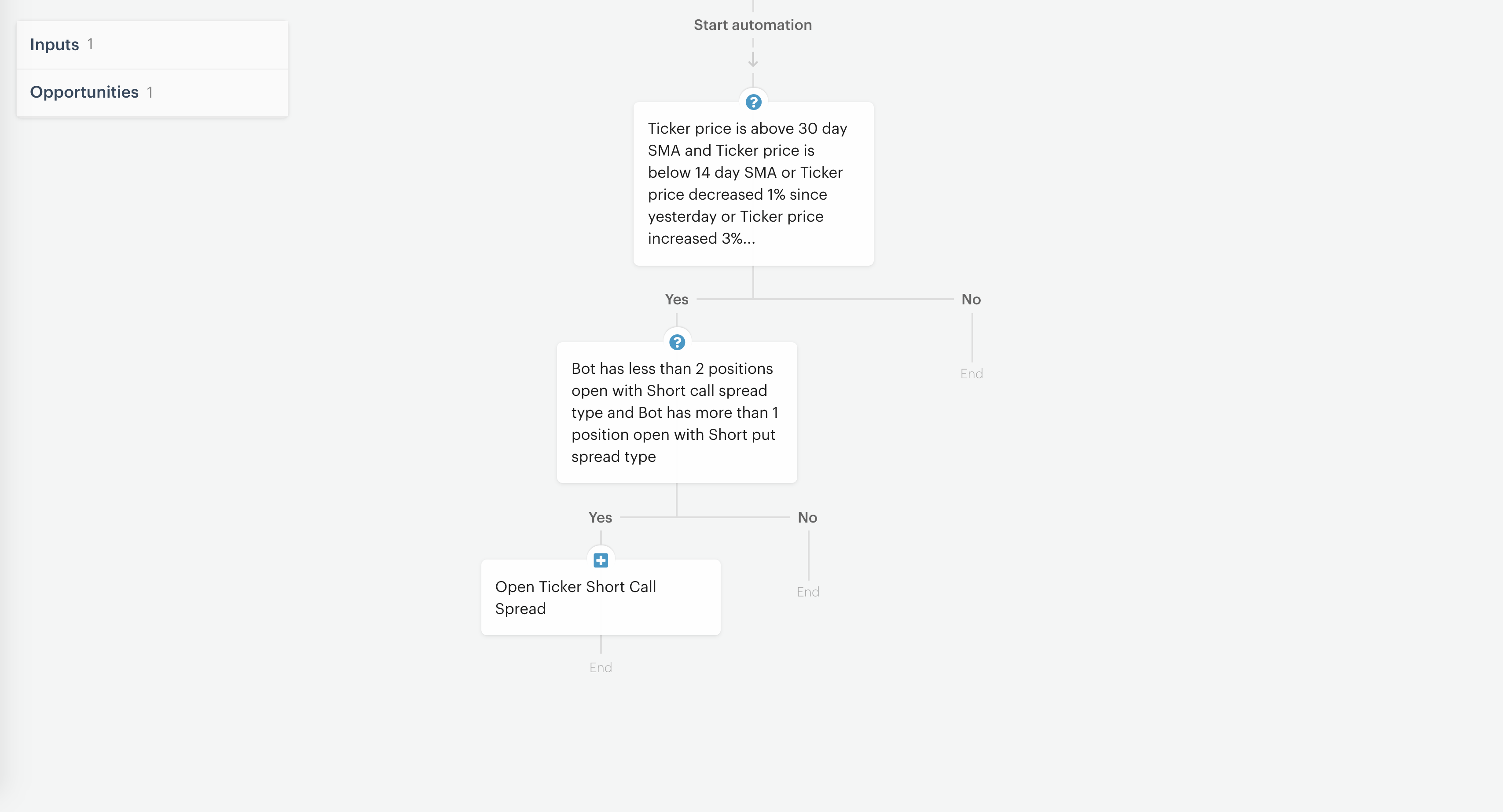 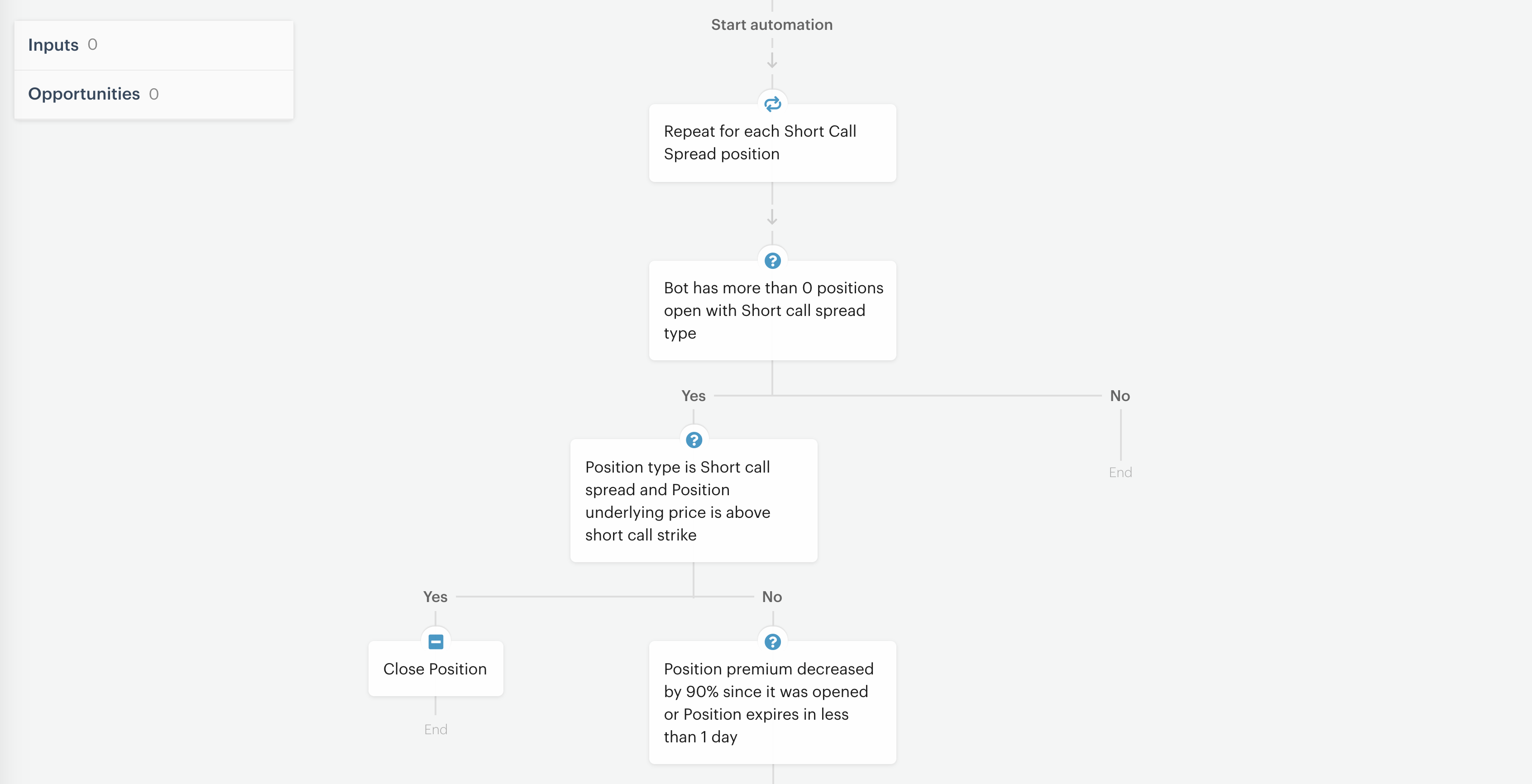 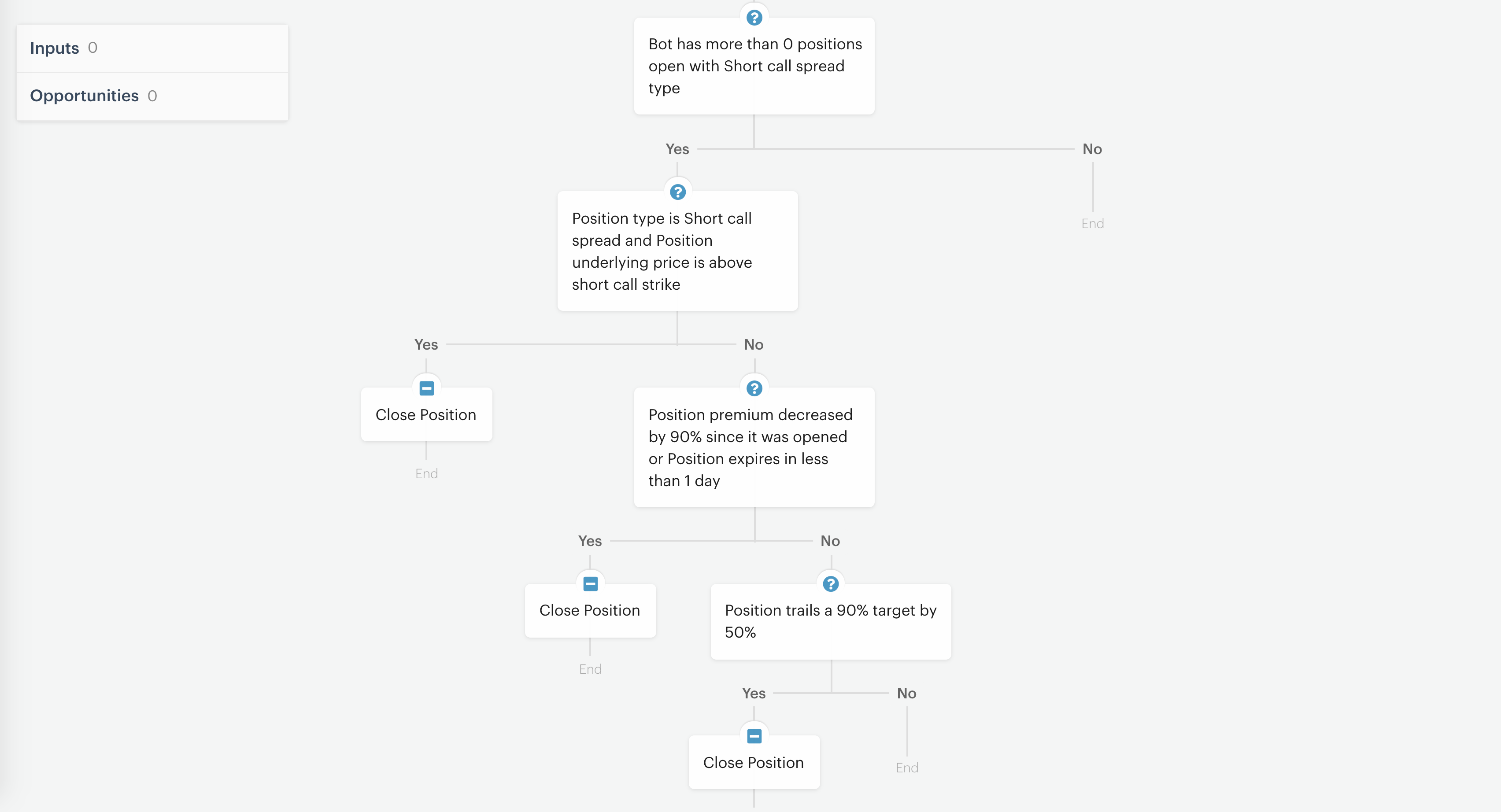 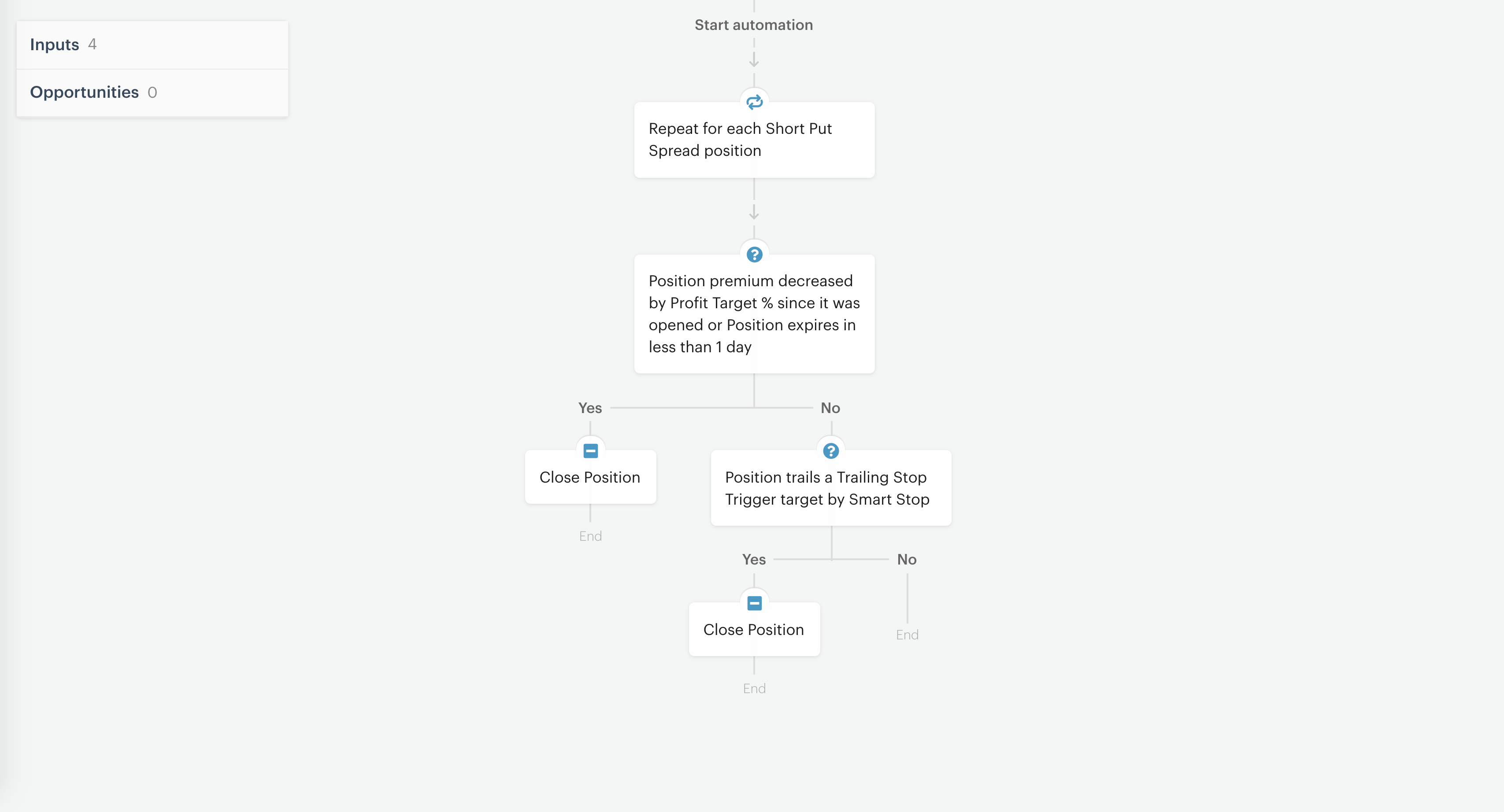 This is the second version (v2) of a bot that looks to regularly sell short-put spreads at the open when in an uptrend and will also sell short-call spreads to add protection to the outstanding put risk. I have built this out so that making changes to this bot as I watch it forward-test can be done easily as I suspect this bot will go through several iterations as both new functionalities are added to the platform and as forward testing sheds light on its behavior in real-time. Lastly, the Calls are solely designed to offset the outstanding risk of my Put Spreads.

The bot looks to purchase long stock in an uptrend and then sells a synthetic covered call.
Beginner
4 automations


Puts on daily short put spreads for the symbol SPY if the market is upward trending.
Intermediate
3 automations
