After some thought, I decided to post my variation of the popular #SmashNGrab (SnG) bot - KISS n Sleep (#KnS)...I like simple and I like to sleep at night... The idea is quite simple and (so far) very effective with the main difference from the OG SnG being the monitor.  Much appreciation to those who have invested considerable time into optimizing this and other increasingly popular 0-1DTE strategies in OA.

I tested several different variations of stop loss, profit targets, and allocation.  I found that the defaults above worked really well, and especially so for allocations around $10k.  Lower stop losses tended to close too early and didn't allow quite enough breathing room.  The higher the profit target, the higher the risk of not closing out.  I wanted better control of my profit and loss, hence why I modified the position amounts based on allocation instead of net liquid.  I didn't investigate optimizing the 1DTE scenario but there is likely an opportunity there.  Among many other variants, I've been paper trading the $10k, 25% stop loss, 8% max profit bot since 7/21/22 with great results so far (below) as of 9/1/22 - only 1 losing day so far.  The interesting thing will be to see how this performs in future market conditions - time will tell... 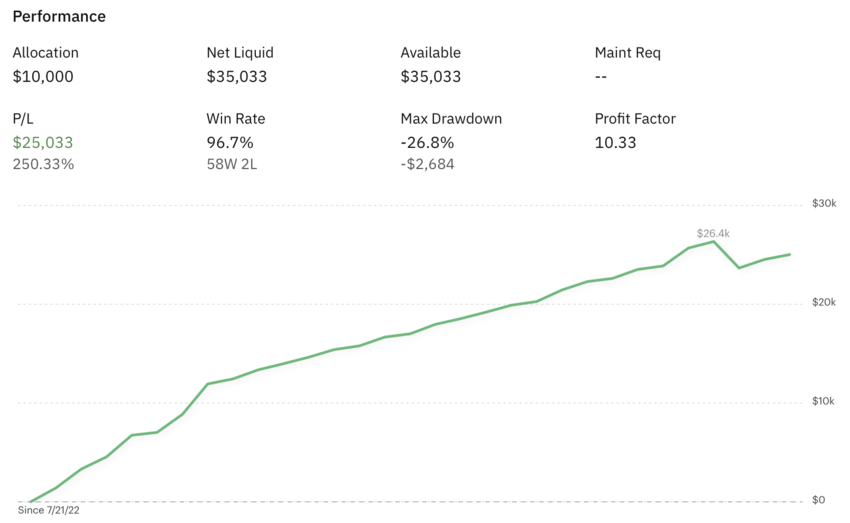 I'm currently testing a hedge / laddered version which opens additional positions based on intraday movements in SPY (using ideas gathered from some nice intraday SPY data pulled by @MattH here).  Early results are positive but premature to get too excited yet...

Credit to @Diogo and @lealwai (and many others) for initiating great discussions and ideas across several, very thoughtful bots.  And thanks to @JayG for running some backtests in Option Omega - at least it doesn't appear to be a completely terrible strategy... :) OG SnG Thread (for reference) 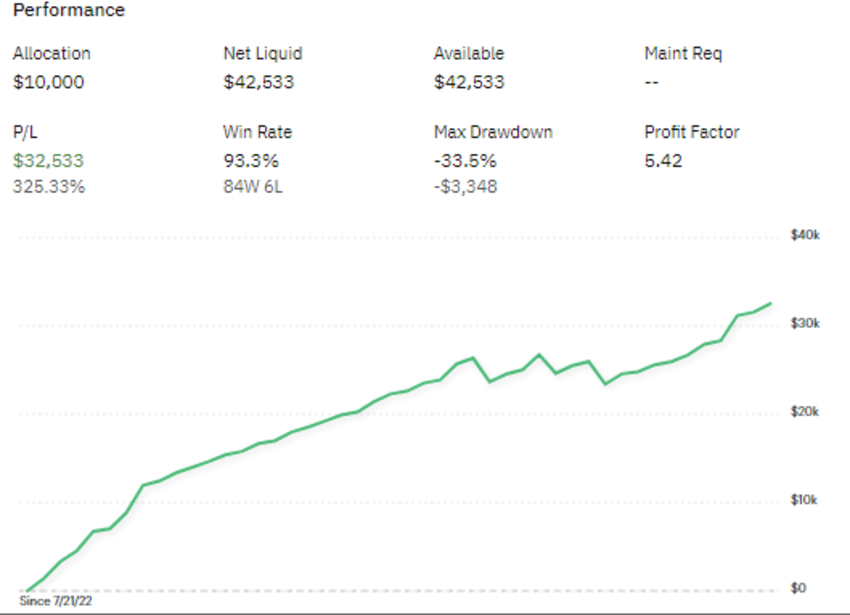 * this is the OG (SPY, 25% stop loss, 8% profit) without any morning positions/hedges