You no longer need to search through an options chain and find an expiration date every time you open a new position. Learn how to create custom inputs for options expiration and use them throughout your bot portfolio.
optionalpha.com/tutorials/how-to-create-custom-option-expiration-inputs

Manually entering all the components of an options contract can be burdensome, especially for multiple multi-leg positions. That’s why we created custom option expiration inputs.

In previous videos, we’ve discussed custom inputs and how they are an incredible tool for automated trading. In this example, we show you how to extend the functionality to create option expiration inputs.

When opening an options position in the autotrading platform, you must fill out the details for every leg in the position. You can create a custom input for the days until expiration, leg attributes, and contract size. The custom input gives you an added level of flexibility and efficiency when adding automations to a bot. You can always make changes to the inputs without entering the automation editor.

Using custom option expiration inputs at trade entry enables you to have consistency across multiple positions when selecting contract specifications. You can ensure that all positions of a certain type target a specific expiration date, such as trading only monthly contracts at least 45 days from expiration.

Custom option expiration inputs offload a substantial management task onto the bot and gives you more time to focus on other aspects of strategy development. And because custom inputs are so easy to edit, making small changes takes no time at all.

In this video, I want to show you how to create custom option expiration inputs. These can be used inside of your scanner automations or even your monitor automations to define an expiration period using a custom input.

I’m going to show you how to do this here in the video, so that you can use it moving forward as you build out your bots.

The first thing that I’m going to do is actually just quickly review custom inputs and create a custom input for this particular decision. Notice that this first decision inside of this demo automation has SPY as the actual ticker symbol for the decision recipe. This is because I manually selected previously SPY as the symbol that I always want to check.

Now I have a ticker field that’s in there as a custom input which means that I can swap and change the ticker symbol inside of my list of automations which I will show you here in a minute. Now that we have this decision recipe in place, let’s assume that it’s the de facto standard for all of the decision recipes that you could possibly get or use until you get to an open position action.

Obviously, you want to check and make sure that it’s appropriate for your risk tolerance in your account. But again, you want to do some sort of decision making before you get to the point in which you’re going to send an order through to your broker.

Now once we do all the decision making to get to the point of opening a position, we simply click the "+" icon and go to the action to open a position. Notice that we have to choose the type of position that we want here inside of our list.

Notice that the first thing that you have to fill in is a required field is the symbol. Now you can select a symbol like SPY, but that means that every time this automation runs it’s going to run on SPY. Doesn’t make it as flexible and you can do that if you want to, but you can also use custom inputs. Custom inputs like the ones that we already created for the ticker symbol allow you to input the symbol once inside of your automation and reuse that symbol over and over again as you go through your list of decisions.

Again, just like the symbol field, if we select exactly this set of criteria that means that any time that we want to come in here and change this we would have to change it exactly right in here inside of the automation editor. Now that’s fine if you want to use this as your strict criteria moving forward. But if you want to, you can create a custom input for this field as well and select different variables based on different symbols that you’re trading.

We’re going to do all this here in the video, but first let’s create that custom input field.

Let’s assume we do all of the rest of the fields and it’s exactly how we want, then we just simply hit save. Now that Open Position action is added to our automation editor. The beauty of this is that we have two custom inputs now; one for the Ticker Symbol and one for the Expiration of the short strikes.

Now this is really cool because we can exit out of this automation editor, and the automation is saved right to our list of scanners here. And when we click on the list of Scanners, you will notice that we have two new custom inputs. Notice the first one here is ticker symbol. That’s the SPY default that we set and then the next one is our expiration for short put spreads. Notice it uses the labels that you set in here, so you know exactly what inputs they’re referencing.

If we want to make any changes, we just simply make changes right here. But let’s keep this one in place and let’s add another demo automation and put in some different figures.

So, let’s add another demo automation here. Notice that we have to reconfirm or select our inputs, but this time we want to change it up. This time we want to trade EEM and we want to trade something closer to expiration or closer to our timeline of trading and we don’t want to go all the way out to 45 days. So, we do something, let’s say something around at least 10 days and any series. So, we typed in all of that information and now we have our different inputs.

Notice that we didn’t have to get back into the actual automation itself and make manual changes to the automation because those fields are now custom inputs. We can use those variable fields to create a very unique list of automations that we’re running. Now inside of our list of scanners, we can simply hover over the little "i" icon for the custom inputs and we can check out and see which inputs are being used for that particular scanner.

Notice here we’re using the ticker symbol as SPY and the expiration is 45 days, while at the same time we’re letting this bot run with a different automation that is looking at EEM and potentially entering a trade at 10 days to expiration and not necessarily having to be the monthly contracts.

So, again this is a really good example of how you can use custom inputs to create very custom expirations for your trades. 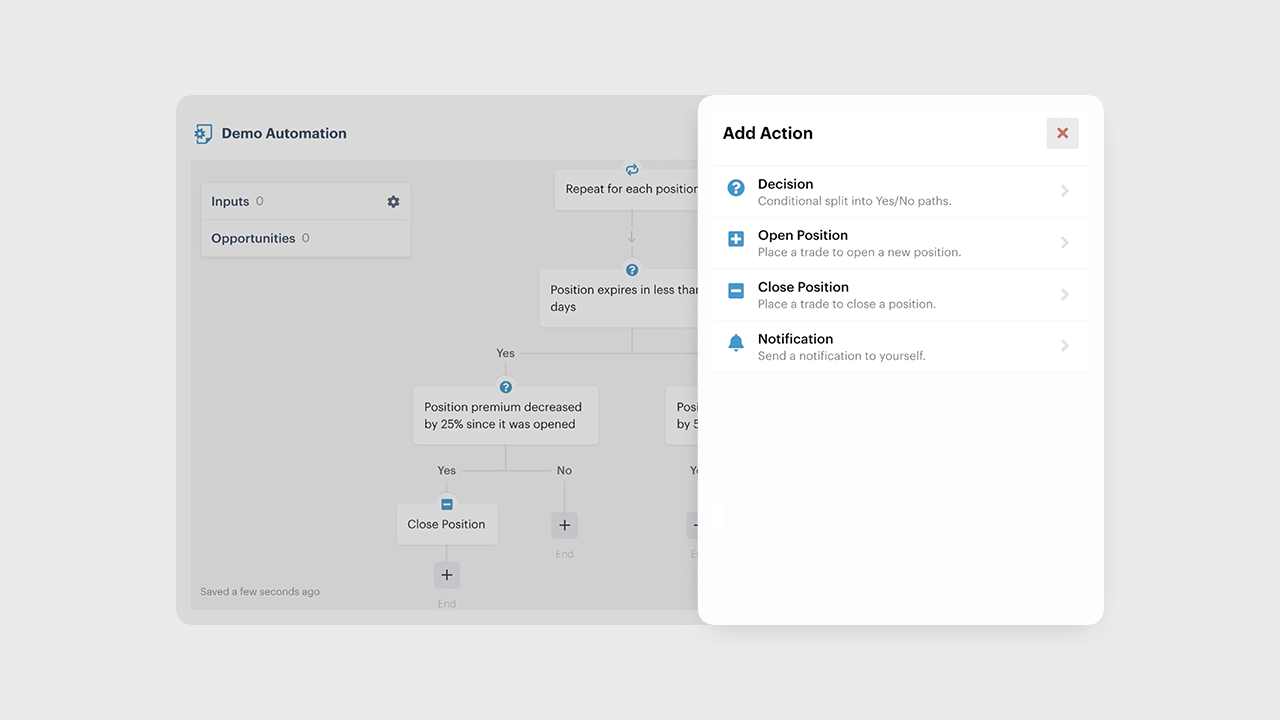 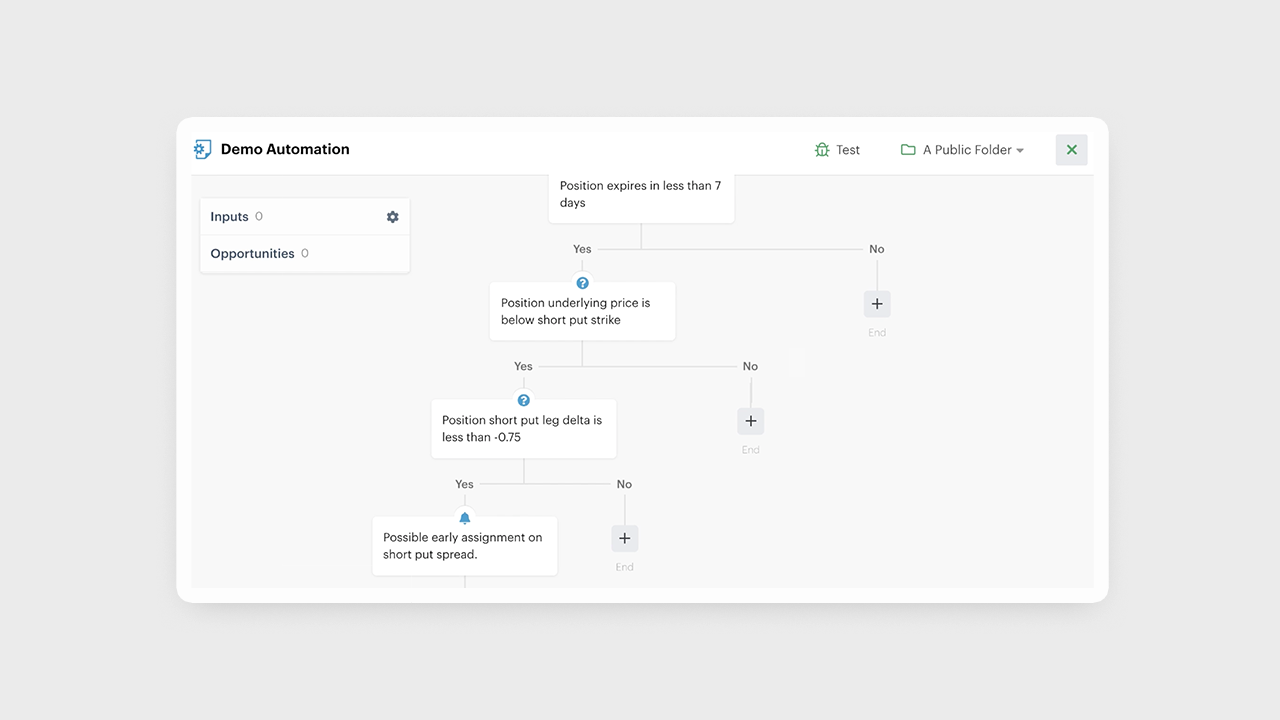 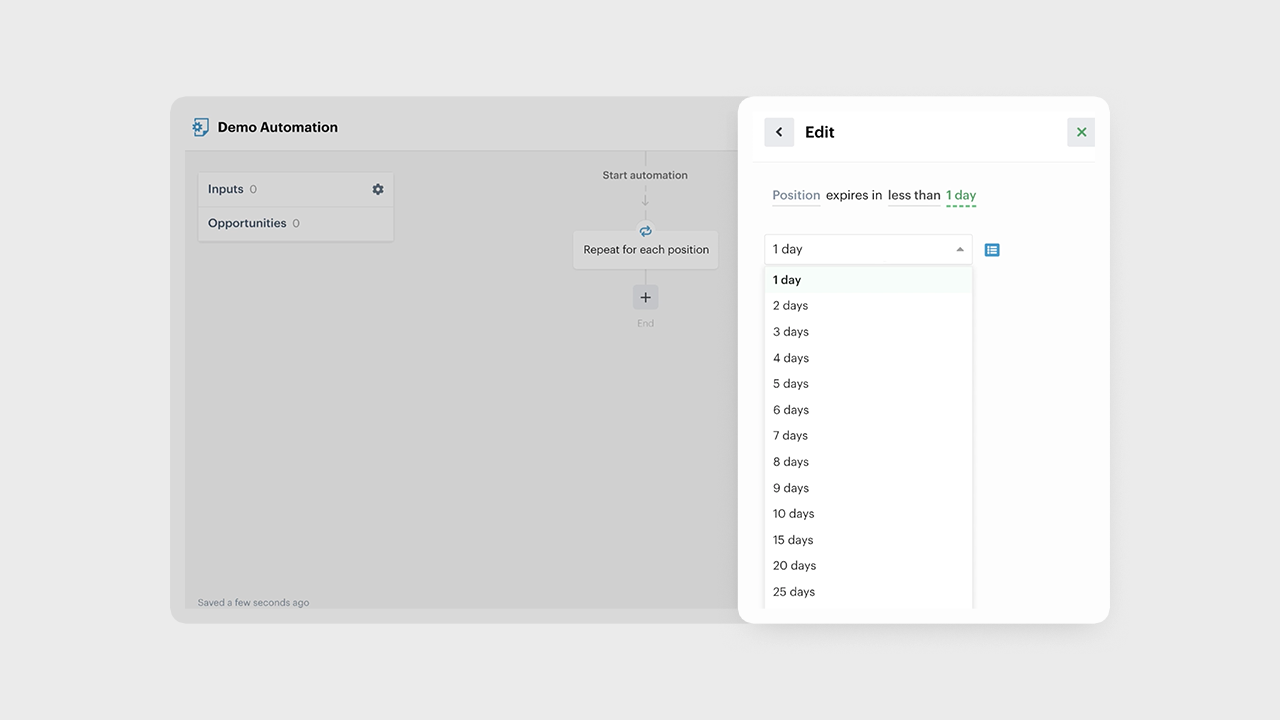 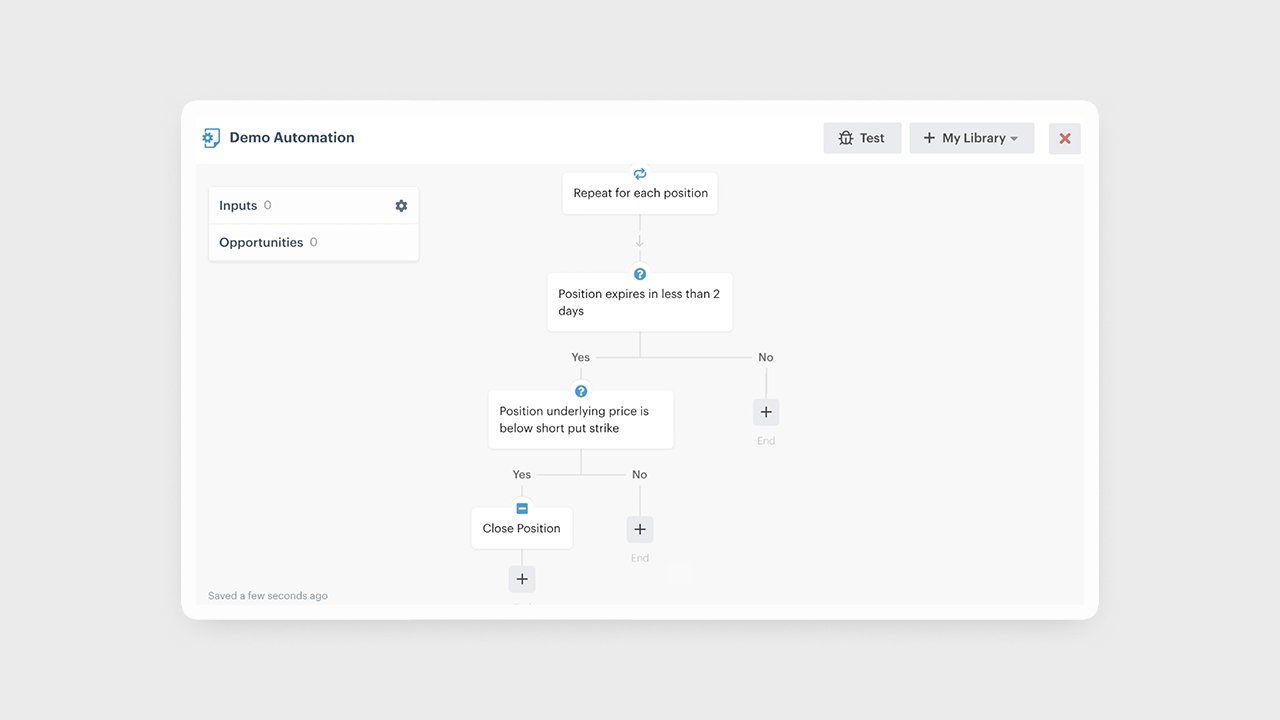 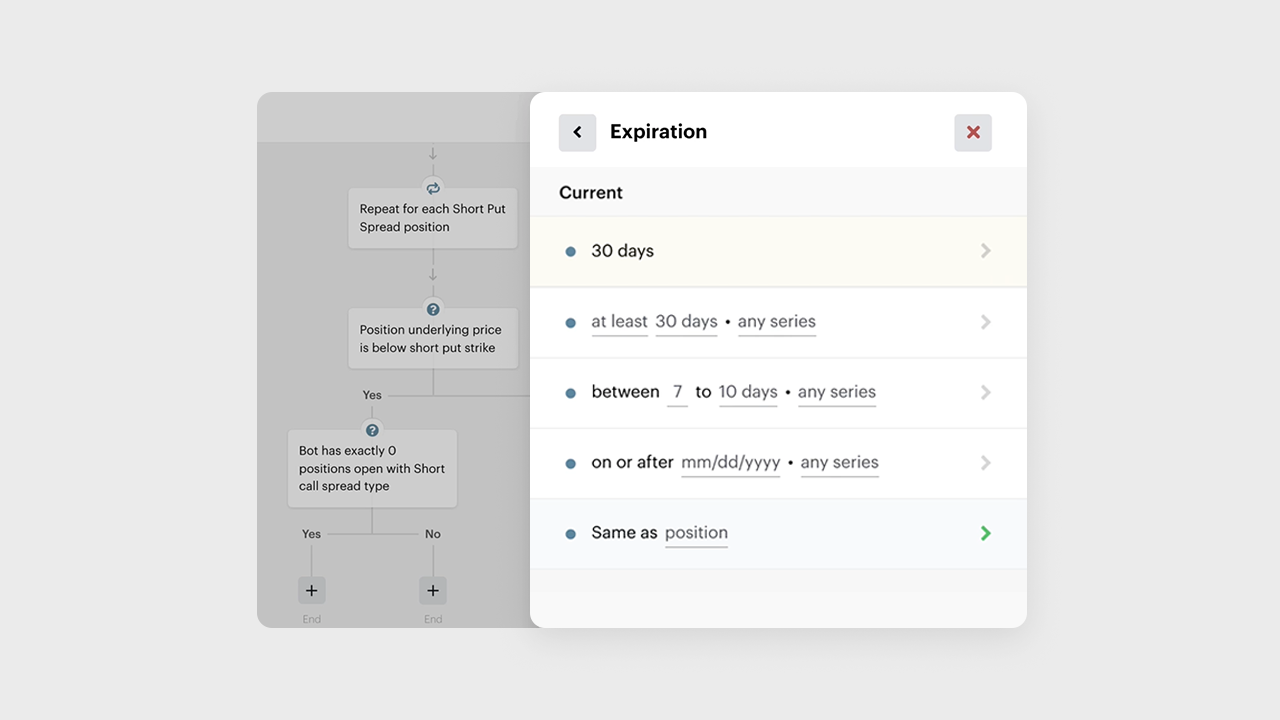