In 2020, I made just under $40,000 using iron condors on SPY, with two 1DTE $1-wide trades per week and as much as 300 contracts per spread.  The initial capital allocation was less than $1,000, and eventually reached approximately $20,000 capital over the course of a year.  This strategy was accomplished with 5 Delta, 2 standard deviation iron condors with a mean-reverting ATM hedge debit spread implemented in the event of a loss.  Yet this strategy experienced flaws in the 2021 market, as 2 standard deviation moves became increasingly prominent, with high volatility gaps occurring as often as twice a week in Q4 2021 and Q1 2022 regardless of implied volatility.  Today, I present to you the evolution of my methodology.  But first, here is some background information.

Evidence exists that the market is inefficient at increasingly small time intervals.  Such evidence supports the theory of mean reversion in stock price.  It can reasonably be posited that the greater the standard deviation of an underlying move in a given period of time, the more likely the underlying will exhibit an instance of mean reversion.

The current iron condor strategy has been tested and adapted to outperform the long-term viability that was lacking in the original strategy.  Below you can see that a max loss is now only possible when the underlying exhibits a 3 to 4 standard deviation move, touching the 10-wide long spread of the iron condor.  This begins to simulate a strangle, but only requires one contract per leg as opposed to hundreds.  In the original strategy I designed, a max loss would occur when the long spread leg was touched with a probability close to two standard deviations (~95.4% x 2 (long and short spreads) = 91.0% POP.

As you can see, a max loss is significantly less likely to be reached, and the probability is high that a hedge will initiate to recoup the loss when the long strike is touched. Compared to other variations of the methodology, this strategy performs significantly better overall when controlled for identical conditions. 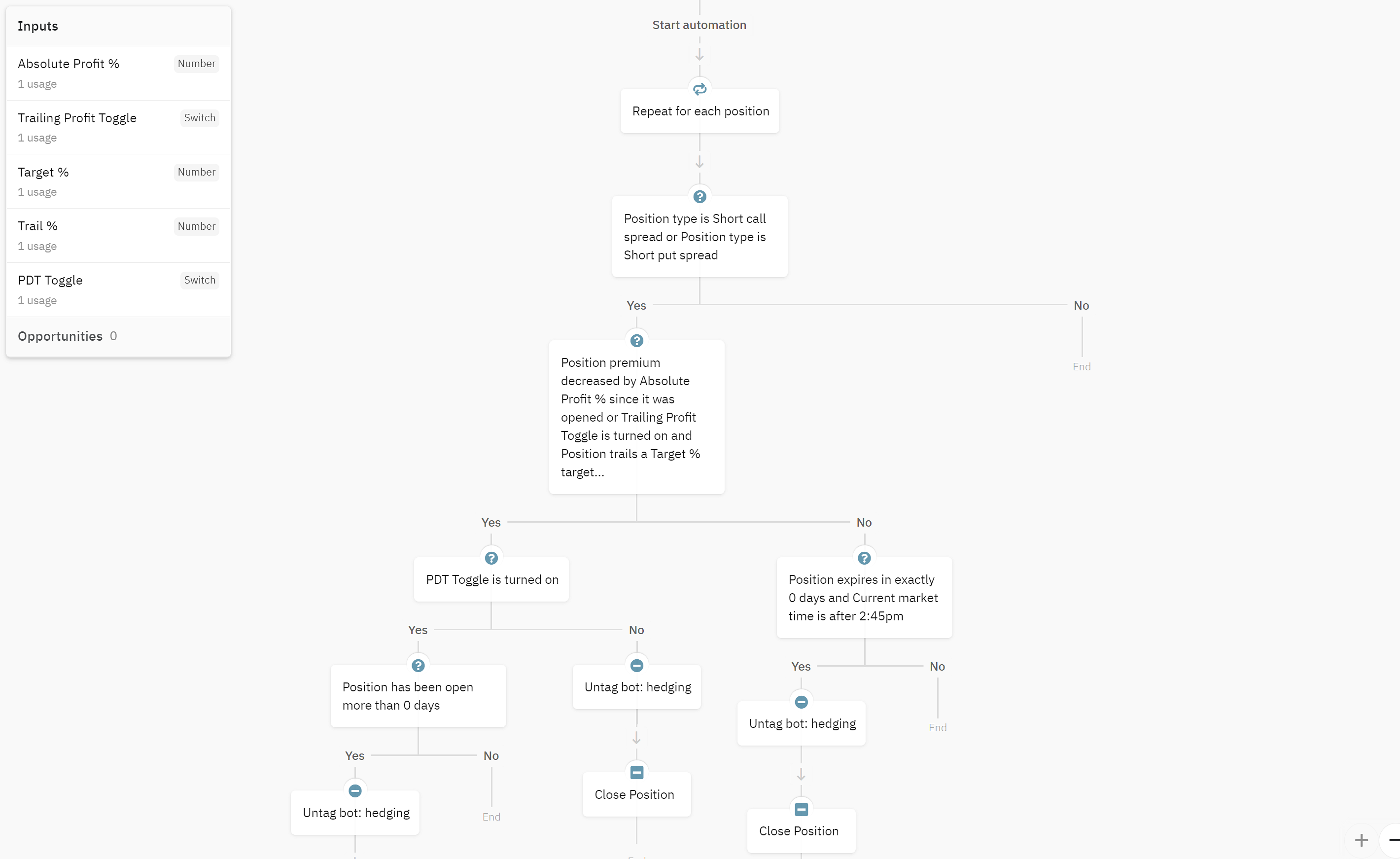 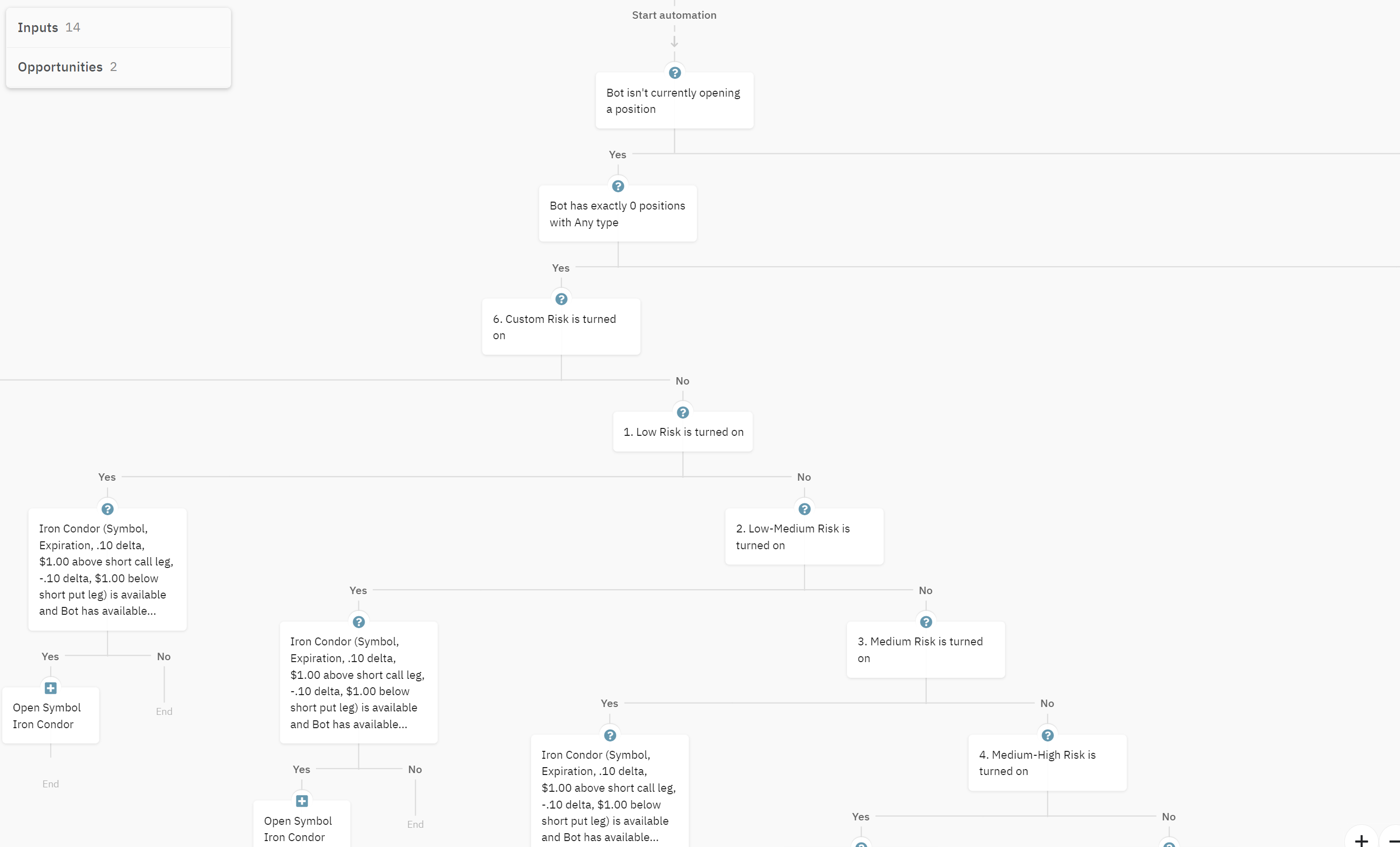