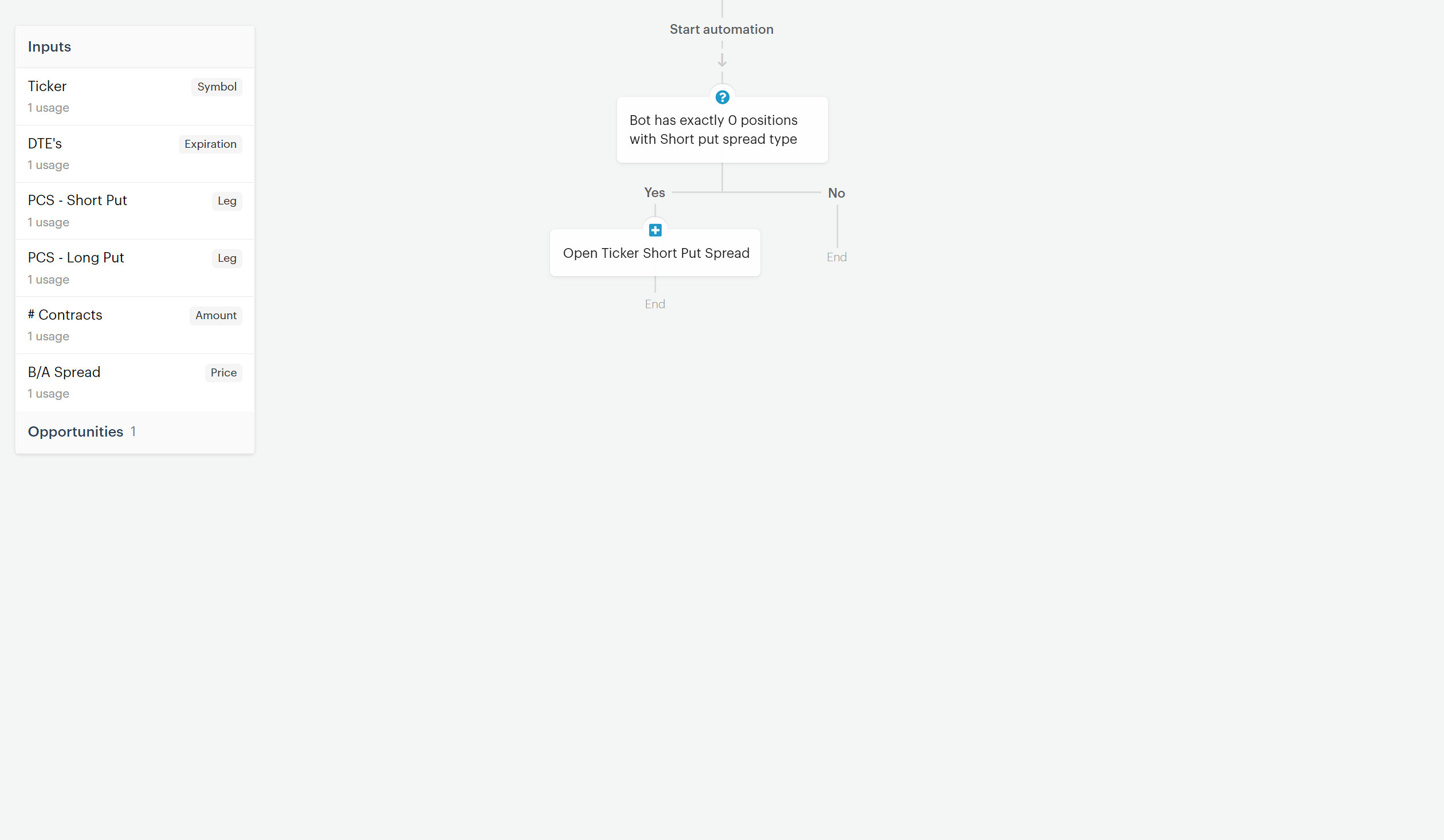 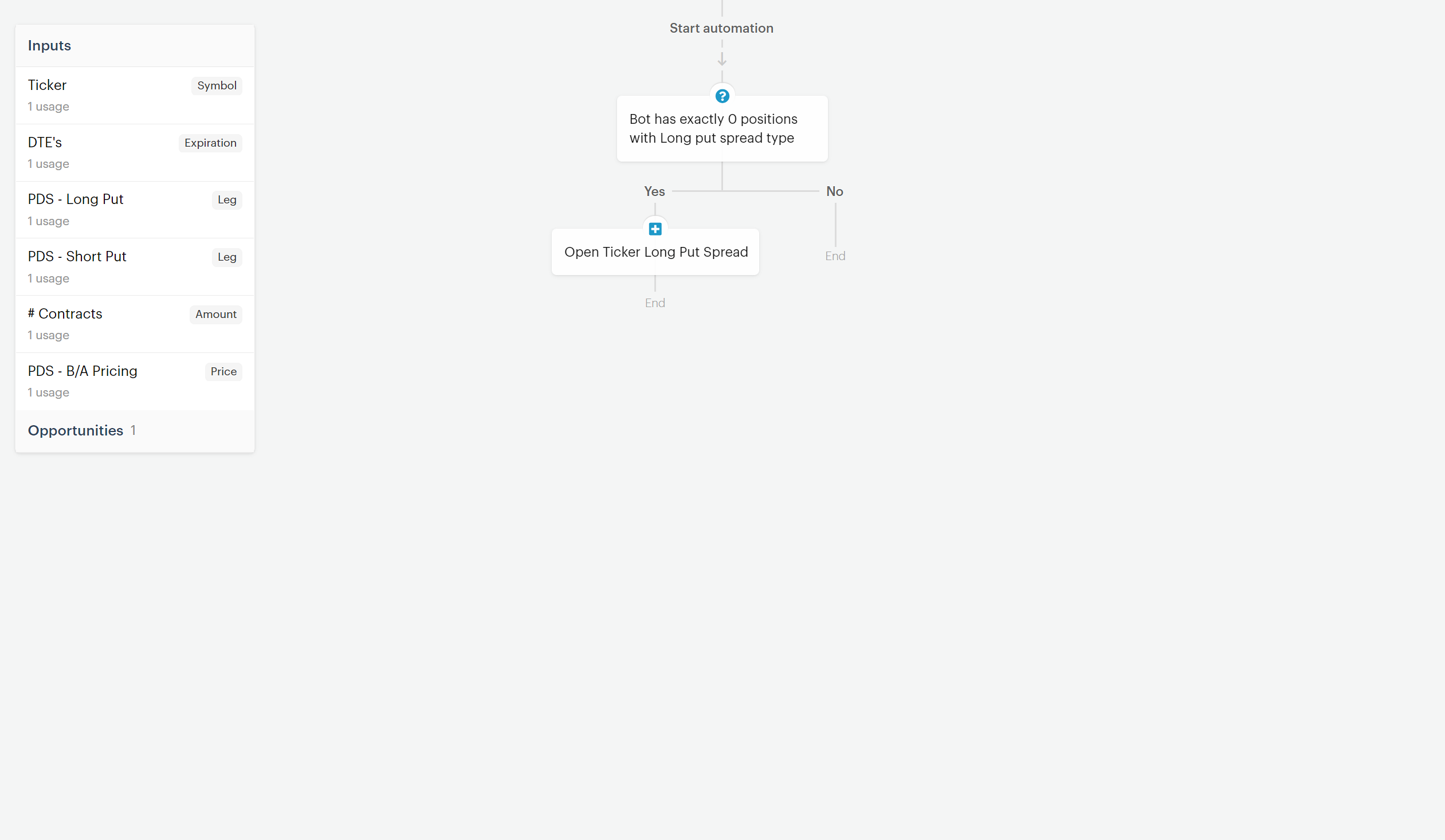 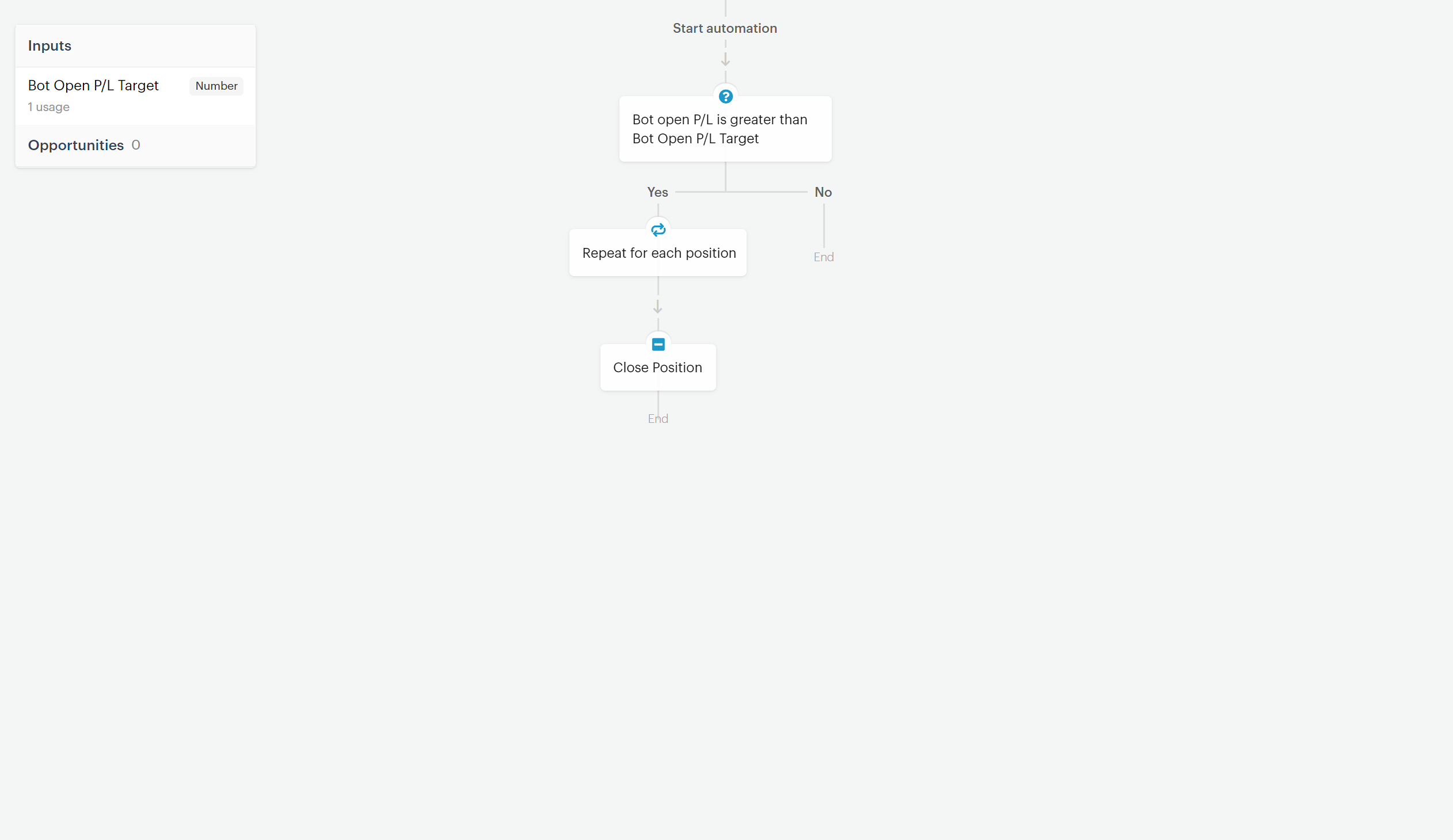 Let me start by saying this is NOT a typical Iron Condor - but an ALL PUT Condor.

An All Put condor consists of a typical Put Credit Spread on the lower priced side of the P&L diagram - but rather than consisting of Call Credit Spread that is equal distance out of the money on the up side, there are no Calls and you use a Put DEBIT Spread that essentially has a long put just above the money and a short put just below the money - The P&L Diagrams below should help illustrate this for you.  The "theory" surrounding this trade is that the greeks will remain much flatter through the life of the trade (meaning a much lower price fluctuation with the underlying symbol moves) - AND with the PDS essentially straddling the current price - you have much lower upside risk than a tradition Iron Condor and if your IC's have been like mine in the last couple years - almost ALL of them were lost to the upside in this ever rallying bull market.

This is a trade that I have used for some time, but it was not something that a bot could really be built around until OA recently gave us a new formula for Bot Level Open P&L (Note that right now you can only put a $ value into this, but I suspect other options will come in the future - so stay tuned for more granular functionality).

Once the test team had that new feature in their hands a couple of weeks ago - I built some bots around the APC and below are the paper results from trades my bot made during those two weeks (My bots were set to $5,000 in risk and trading ONE symbol per bot since I was using the Bot level P&L):

Of course it goes without saying that past performance does NOT guarantee future results and that holds true of the results I shared above - as well as the backtests I will share with you below.  All that said - I DO believe this strategy is worth exploration and some further Bot Development by all - based on the following testing results:

In the screen shots below - I conducted 3 separate 5 year backtests on 4 indexes of 1) A typical, equally spaced or centered Iron Condor  2) A Skewed Iron Condor that has the same essential "look" of the APC and 3)  The APC that I am proposing you play with and fine tune to your symbols, strikes, DTE's ,etc. for testing.  At the top of each image you will see the strikes I used for the testing in each configuration (all test were entered at 21 DTE and closed at 20% profit or 10 Days to Expiration - with NO stops - so you have to be prepared and sized for that potential max loss at some point).  NOTE that the P&L Diagrams were done ONLY for SPY - just for demonstration purposes.

This first screen shot represents a typical IC and in this case it was put on with the shorts being at 27 delta (no real reason behind that specific number), and as you can see the results were pretty ho-hum:

In this example - I have built a traditional Iron Condor with both calls and puts - BUT I have skewed the IC to have lower upside risk given our strong Bull Market of recent years - and as you can see - these results were really no better:

However, you will see that the APC backtest IS significantly better - and if you look at the P&L Diagrams - it offers a LOWER maximum risk than either of the Iron Condors AND has the highest level of potential profit at expiration (even though I don't carry them to expiration personally).

At the end of the day - I AM ALL ABOUT STRATEGY and trying to find WHAT is working, then WHY it is working, and finally - what conditions could change to cause it to NOT work - so I can be on the lookout for them or even build a corresponding filter into my bot.

Right now - this basic APC has no stops and only a 20% Profit Target and our new "Bot Level P&L" does not yet have the Smart Stop capabilities that we have on regular spreads - so once we get that in mix - I personally think these results will improve.

I started traded these LIVE with real money in my TDA account this last week (but in VERY SMALL size for now), so far 3 of the 4 are up money and the one that was down is only down the amount of the commissions ($3.00), as it was just opened on Friday.

I hope this gets you all thinking, STRATEGIZING and building out your own versions of APC's.

by
@dannyvfilms
Attempts to take advantage of IV Crush through Iron Condors in the days leading up to earnings.


by
@dannyvfilms
Opens a portfolio of .15 Delta 45 DTE Iron Condors on 10 of the SPDR Sector Funds.


by
@matt
Bot sells ATM put spreads M/W/F morning when in an uptrend and will also sell call spreads to hedge.


by
@larry_rupp
This bot opens put and call credit spreads using an event automation at 2:15 before Fed announcements.


by
@matt
Automated trading BOT template that opens an Iron Condor in SPY twice a week with an 80% chance of profit.


by
@aubrey
This bot is designed to trade range bound stocks and ETF's with user defined Tickers and Ranges.


by
@mgalal
Adaptation of the Macro Trend Bot that trades Credit Spreads instead of Stock.


by
@bellwar
Bot opens a Long Call Spread and Long Put Spreads in unison depending on the days % change.


by
@optionsurfer
Simple Iron Condor bot that checks for elevated Volatility and Rate of Return.
