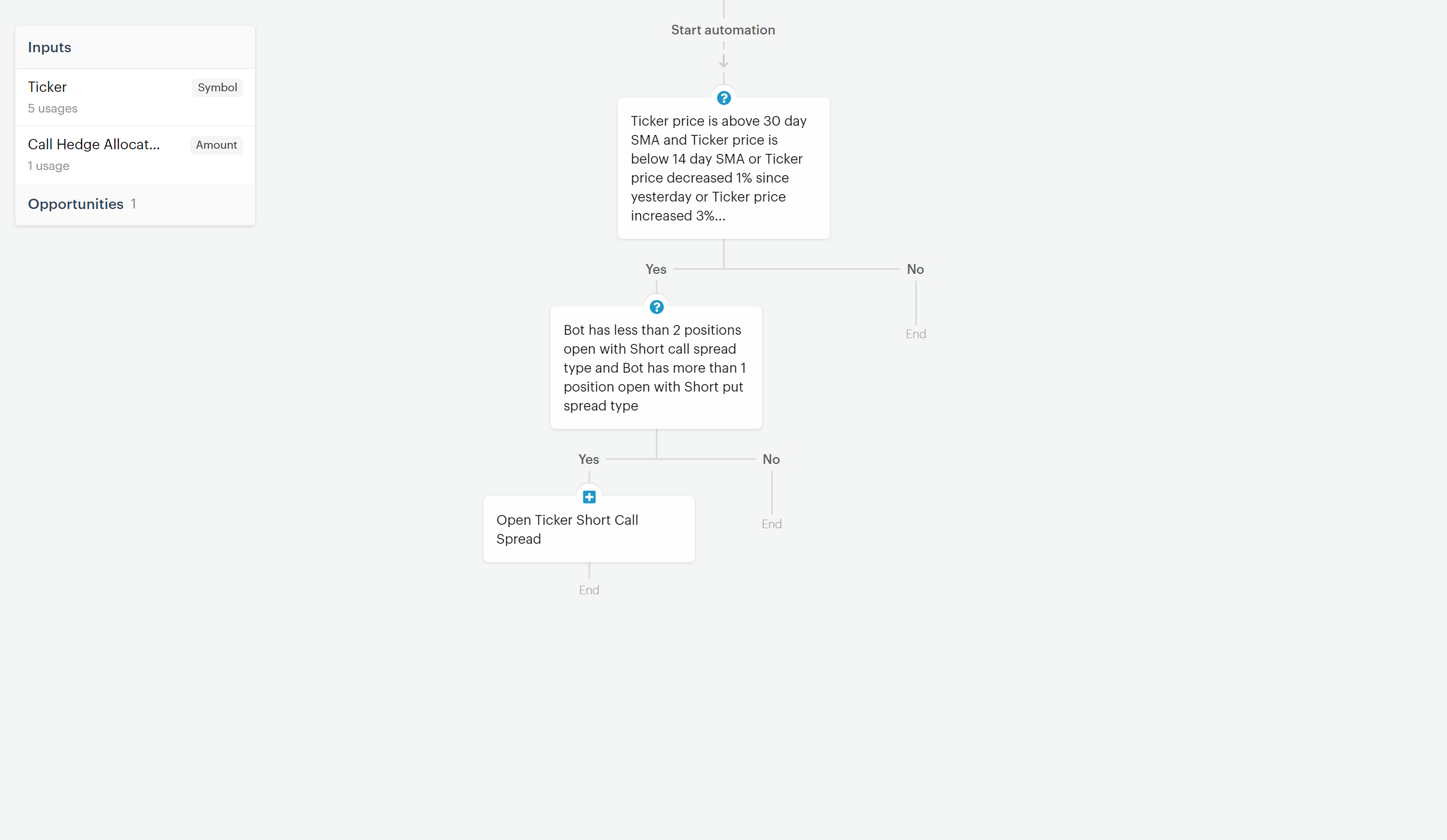 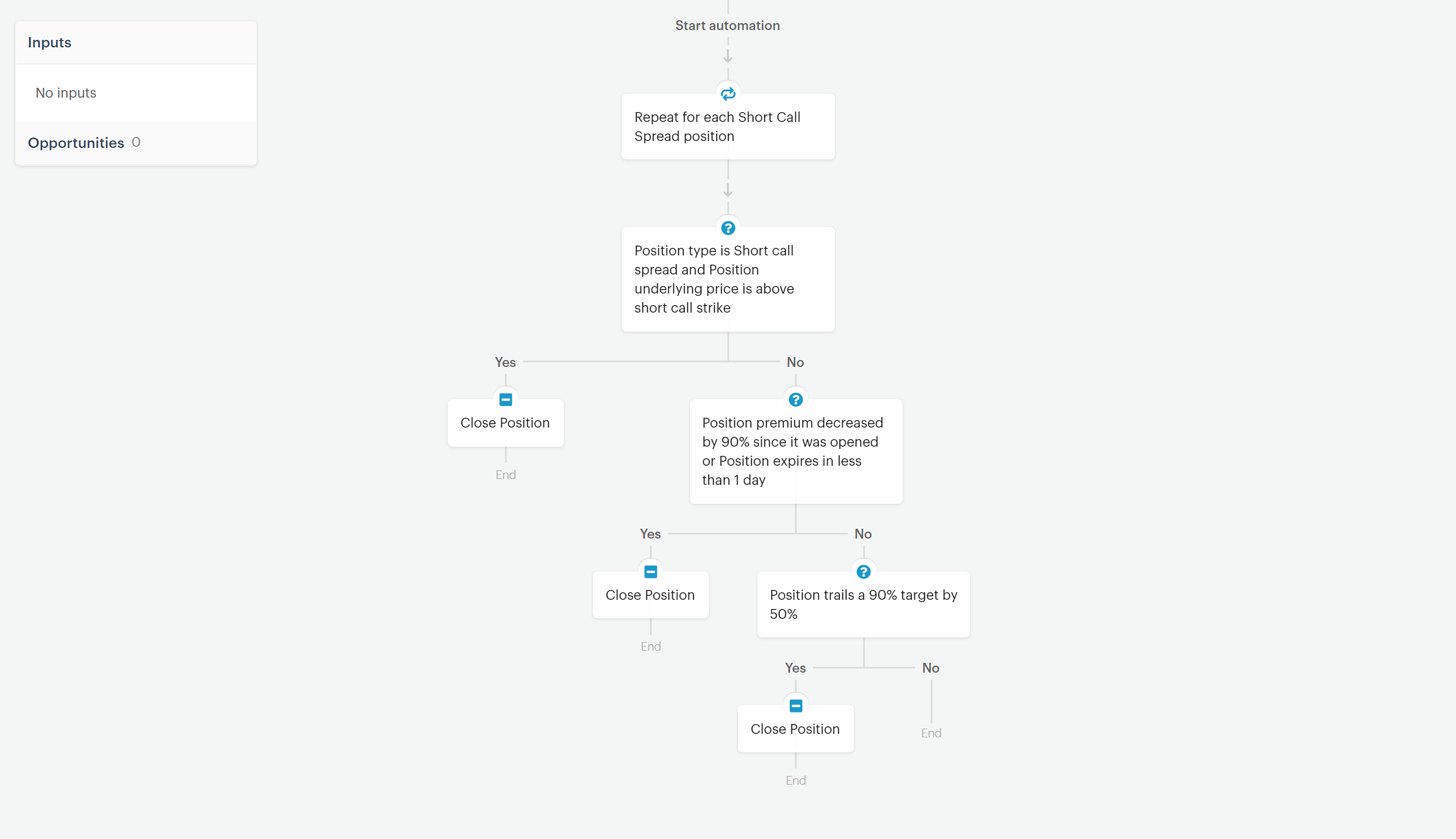 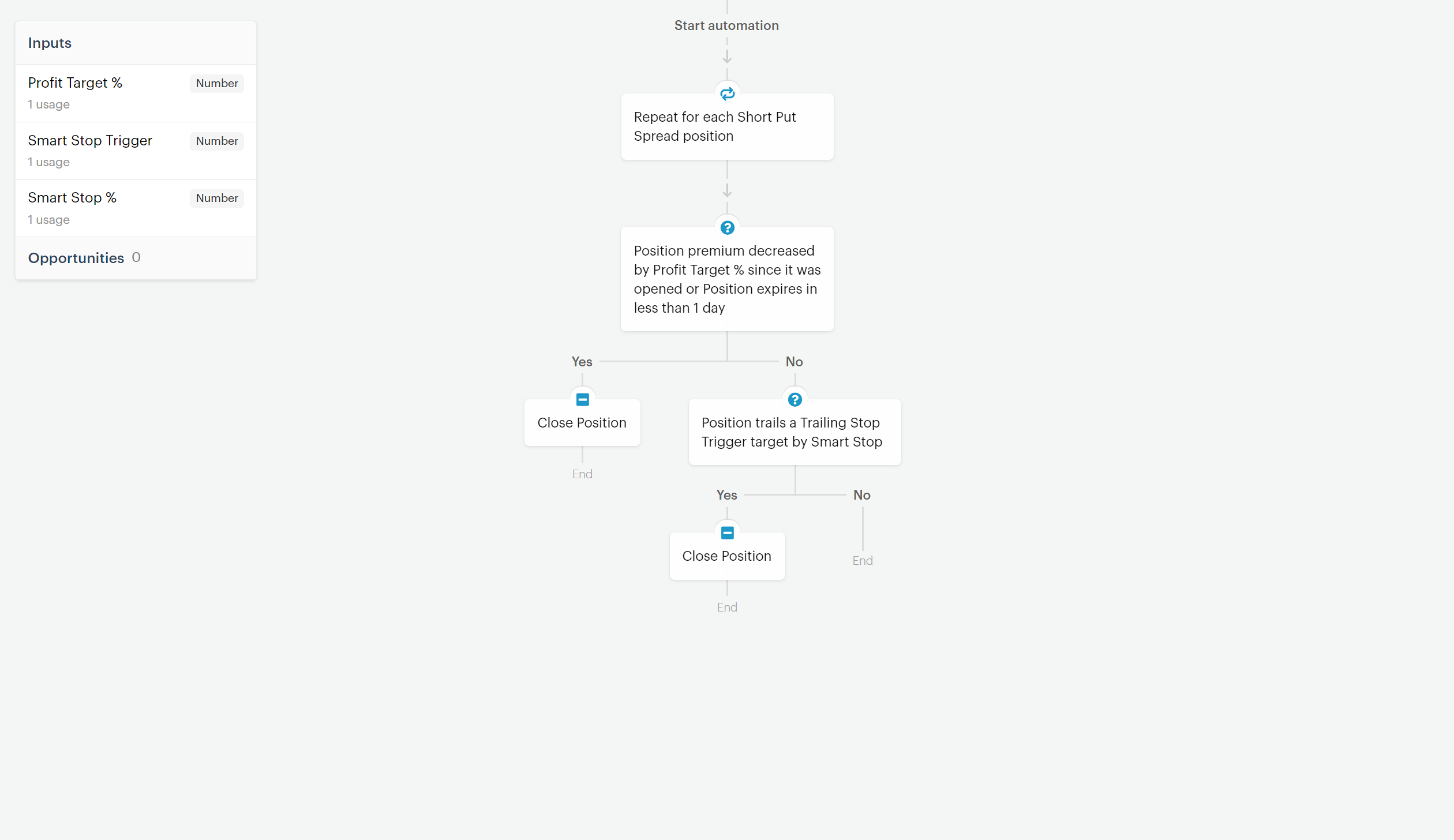 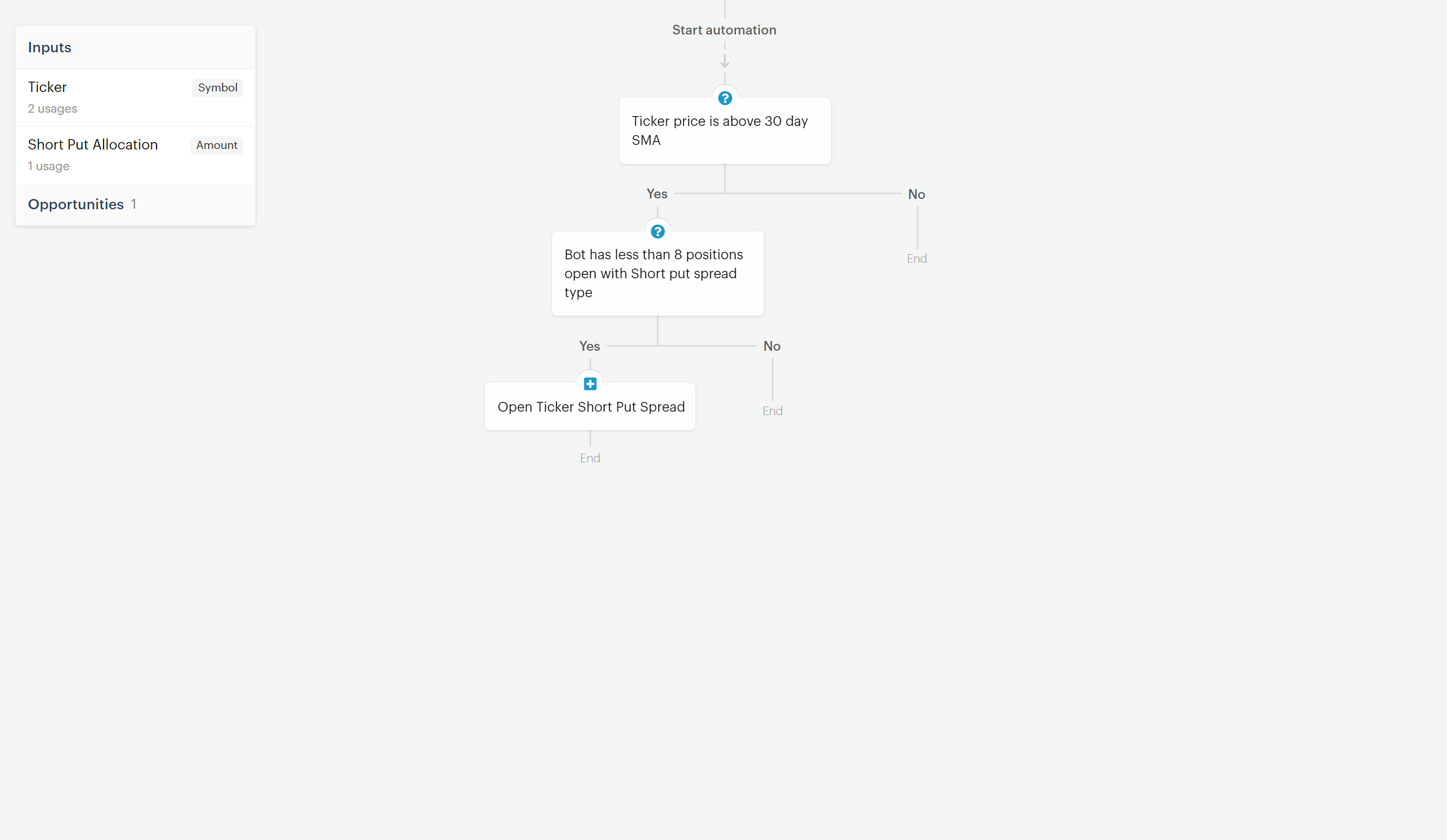 Matt's original V2 and V4 were some of earlier bots I deployed. V2 has been incredibly successful with QQQ even with some significant draw downs along the way. Recently, I attempted to deploy the same bot for multiple tickers, and while it was still doing well, the performance struck me as little odd. That's when I re-discovered the original position management issue with QQQ.

Matt has two versions of the bot, one that creates hedge as a scanner automation (v1.1), and another that checks position counts at 3:45pm (v3).

Enter V1.2 - A merge of Matt's v1.1 and the settings of my V2. The result should be an awesome performing bot that can be deployed for others tickers (1 bot for each ticker) - See Bot/Post for more information.

Disclaimer: Matt is definitely onto something with his adjusted for the call hedge being an event automation, not a scanner, but in his wise words, "if it ain't broke, don't fix it". See screenshots of v2 bot performance (start, July 19, July 30) and some positions taken to give you a feel for the trades taken. If you want the v2 bot as is, I'll post here as a reply.

by
@steveganz
Buys stock X days prior to an earnings report and sells the stock the day prior to earnings.


by
@matt
Bot sells ATM put spreads M/W/F morning when in an uptrend and will also sell call spreads to hedge.


by
@larry_rupp
This bot opens put and call credit spreads using an event automation at 2:15 before Fed announcements.


by
@kirk
The bot looks to purchase long stock in an uptrend and then sells a synthetic covered call.


by
@kirk
Very simple and easy beginner bot that simply buys or sells stock triggered by a long-term trend.


by
@aubrey
This bot is designed to trade range bound stocks and ETF's with user defined Tickers and Ranges.


by
@mgalal
Adaptation of the Macro Trend Bot that trades Credit Spreads instead of Stock.
